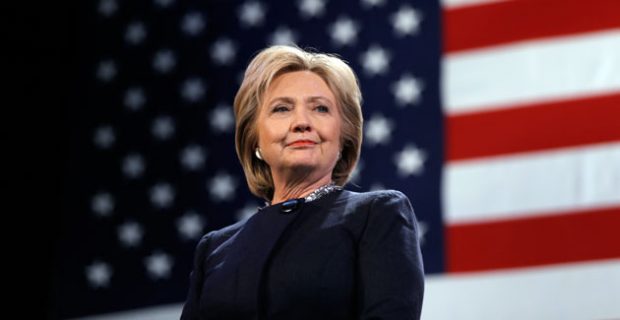 The U.S. Democratic Party have had a number of activists report on what went wrong in their election. This is a particularly good one from Democracy Autopsy, and there are some resonances for us here, so have a read of it.

Let’s start with the losing candidate herself, Hillary Clinton, reflecting on the role of idealism in the campaign:

Bernie proved again that it’s important to set lofty goals that people can organize around and dream about, even if it takes generations to achieve them…. Democrats should reevaluate a lot of our assumptions about which policies are politically viable. … I criticized Bernie’s “free college for all” plan as providing wasteful taxpayer-funded giveaways to rich kids. But it’s precisely because they don’t benefit everyone that targeted programs are so easily stigmatized and demagogued. … The conclusion I reach from this is that Democrats should redouble our efforts to develop bold, creative ideas.”

– Hillary Clinton, in What Happened.

Not sure that counts as an apology, but certainly it’s a welcome reflection that we all need to do after election losses. Chuck Schumer was clearly hoping that traditional working-class groupings would work for them in whole-state fashion:

For every blue-collar Democrat we lose in western Pennsylvania, we will pick up two moderate Republicans in the suburbs in Philadelphia,” Sen. Chuck Schumer declared in July 2016. “And you can repeat that in Ohio and Illinois and Wisconsin.” Schumer’s boast demands scrutiny not just because of the disastrous results in three of those four states, but because of the people it overlooked. It illustrated a fundamental assumption underpinning Democratic voter outreach: that to defeat Trump, the party could depend on white suburban voters and give short shrift to working-class voters — including the voters of those who form 46 percent of the party’s base.”

Although placed in the section on race, Schumer’s flawed assumption had just as much to do with class politics and a quarter century of betraying what the Democratic Party once stood for.

“In 16 years of Democratic presidencies, under Clinton and Obama”, co-author Norman Solomon said, “the man in the Oval Office championed global corporatization through neoliberal policies. And during the 16 years, there was a hemorrhaging of Democratic Party seats on Capitol Hill, and in state legislatures across the country. That’s not coincidental. Clinton came in, he fought for NAFTA, he repealed Glass-Stegal, he got a lot of his favorite Wall Street people into his cabinet and sub-cabinet positions, and working-class people deserted the Democratic Party in droves.”

The default position and mentality of politicians, including Democratic politicians, is that social movements are for helping Democrats to get elected, and I think that’s ass-backwards. Electoral work should be a subset of social change; just for example it wasn’t Democratic Party or election work that got us gay marriage. It was social movements that raised hell and changed the framework of the discourse.

Clearly not all of the U.S. comparators work for New Zealand. National in government did very solid work for the LGBT community in their terms in government, and could claim to have done more for Maori-government relations than Clark with Key’s multiple Treaty claims done, no Uruwera Police action, and no Foreshore and Seabed bill, for example.

Nor are Labour’s policies so beholden to donors as I see those of the U.S. Democrats.

At the Nov. 2 press conference about the report, Democrat activist Karen Bernal framed the issue this way:

The party has continued to operate in an approach that is not in keeping with the times we are in. We are in a period of social movements, and these social movements are part of what’s taking place in the larger political landscape. Unfortunately, the party still wants to practice what we call “silo politics,” where we have a neoliberal exploitation of identity groups, and chase after an ever-shrinking universe of white suburban voters, or what they call the white working class.

In terms of responding to social movements here, I see one of the strongest differences from U.S. Democrat to NZ Labour in transport policy, in which the Congestion Free Network generated by activists at Greater Auckland (and elsewhere) was essentially lifted out and adopted wholesale:

Since this Democratic Autopsy report report we have seen a number of unusual Democrat wins in otherwise marginal states including Virginia.

I view the Virginia win as less a shock-horror catastrophe for President Trump’s reign, and more for my current purpose as grounds for debate between centrist Democrats and the Democratic Autopsy authors.

Nothing wrong with doing an autopsy of our election, and the temptations to compare to the U.S. Democrats are always inviting because they are writ so large in both coverage and analysis. But we have our own ship to run. And, of course, we won with an exceedingly charismatic and competent leader. Who is now our Prime Minister. Big Difference: we won. They lost.

But some of the points in the Democratic “autopsy” are worth reflecting on, as we look forward to 2020.