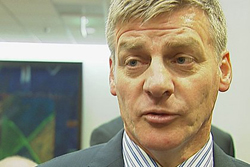 Bill English is finance minister for what is looking increasingly like the most useless do-nothing NZ government in living memory. The double dipper from Dipton is leading us in to what looks more and more like a double dip recession. Unemployment is up. Benefit numbers are up (with over 1000 added to the dole just last month). International agencies are downgrading our credit rating. We’re falling in international prosperity ratings. Inflation is spiking at 4%. Instead of closing the gap with Australia their economy and their wages are pulling even further ahead of ours. By every significant indicator the National government is an economic disaster. And all the while Bill English is borrowing $300 Million a week to pay for tax cuts for the rich that they didn’t need in the first place.

The Nats have not a clue how to run an economy. Against all evidence they gambled on the one-trick-pony of tax cuts to magically bring us “roaring out of recession”. Now that pony is a thoroughly dead horse they don’t have anything else to offer. (Sorry! Sorry – I do keep forgetting the cycleway.)

So what do you do when your economy is in trouble, your credibility is in tatters, and you’ve already used your idea? Why you lash out at people! Who? The usual suspects will do – beneficiaries and public servants. English in particular has focused on the later group, as Duncan Garner reports:

He said the country can not afford policy, where people sit around talking about their good intentions. And he warned, it is time some of them looked for jobs outside the state sector. “For people who think the way it was five years ago is the way it should be, well that won’t happen again and they’d be better to go somewhere else,” he said.

The Government has shed more than 1500 jobs from the public sector over the past two years. Now it is about to embark on another round of cuts in public sector jobs – because English says too many public servants waffle on about nothing. “Across the whole social service area whether it’s health education or families commission, we can’t afford waffly policy where people sit around talking about their good intentions,” said English.

He kept repeating the line. “Right across the social sector we’ve had too much waffle.” 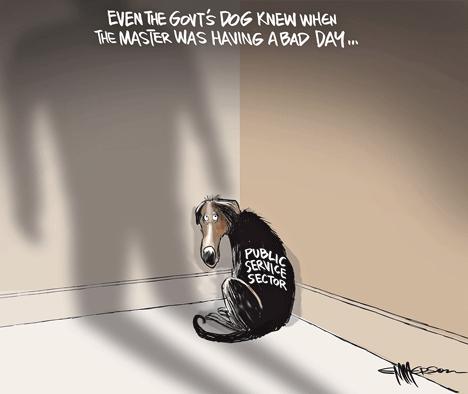 66 comments on “English lashes out ”