The stink around the $4.8 million awarded to the Pacific Economic Development Agency keeps growing. Last week, Georgina Te Heuheu revealed that the allocation was pushed by Bill English, not by her as Pacific Island Affairs minister. Which seems very odd. Also, strange is both Te Heuheu and English have been saying that the money might not go to PEDA at all.

There’s a big problem with that. The Budget says the money is to go to PEDA and the government can’t just change that.

Parliament is the sovereign entity in our country. The Government (the Crown) has to ask Parliament’s permission before it can spend or raise any money. That rule, which makes Parliament supreme, has been a confirmed part of our constitutional heritage for 400 years since the Petition of Right.

“The Crown cannot spend public money, levy taxes, or raise loans without the authority of Parliament. Public expenditure is authorised through a variety of annual Acts which mostly lapse at the end of the specified financial year. The Treasury and Controller and Auditor-General check for this Parliamentary approval before allowing money to be paid from the Crown Bank Account.”

The Budget is the way that the Government  asks Parliament for permission to raise and spend money. It is a very detailed collection of documents – over 5,000 pages, detailing the Government’s intentions in huge detail. On the money for PEDA it says: 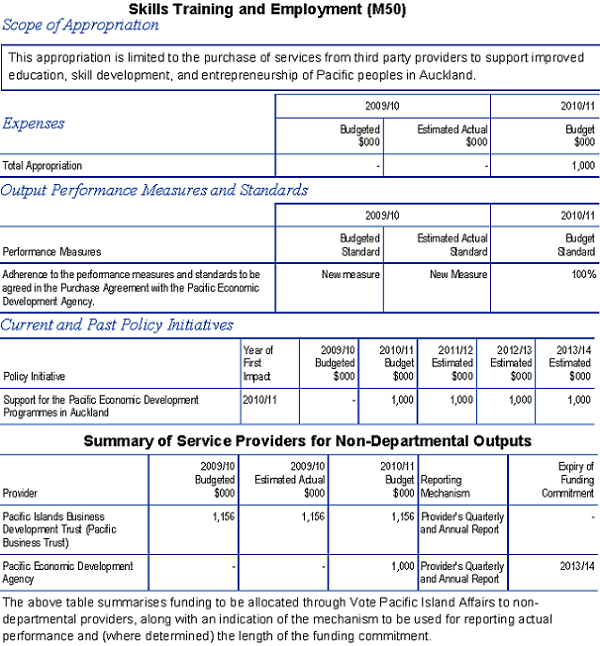 So, “This appropriation is limited to the purchase of services from third party providers to support improved
education, skill development, and entrepreneurship of Pacific peoples in Auckland.”…. “An additional $1.200 million in funding is being provided for 4 years to fund programmes aimed at improving Pacific Economic Development in Auckland.”

The conditions on the spending will be “Adherence to the performance measures and standards to be agreed in the Purchase Agreement with the Pacific Economic Development Agency.”

And there are only two non-departmental providers listed, Pacific Islands Business Development Trust and PEDA.

The Government has asked Parliament for permission to give this money to PEDA in return for unspecified services. Now, technically, the Government can, if needed divert money from one expense to another and pass retrospective legislation later. But, remember, this Budget is for the fiscal year that hasn’t even started yet. The Budget hasn’t even passed Parliament yet. For the Government to already be saying it might not stick to the details of the Budget is a huge abuse of the democratic process.

Of course, the reality is that the money is going to PEDA. The Government isn’t really going to send the money to someone else. It’s just a diversion tactic. The scary thing is that English is willing to say he will abuse the fundamental rules that make Government accountable to Parliament to muddy the waters. Whatever is going on with PEDA, it’s something English is desperate to close down as quick as possible.