As redlogix argued in his post yesterday, it is important for the left in Aotearoa/New Zealand to look outwards (internationally) as well as to focus on politics within our nation state.

In recent days I have been reading some articles that highlight a rise in the support for the Green party in the UK, with a general election coming up in 2015.  Early in December the Independent reported that Green Party membership had doubled in England and Wales since the beginning of 2014.  It provides an indication that a significant minority of people are turNing off from the 3 more established parties:

The Green party’s rise in popularity comes as membership for Conservative, Labour and the Liberal Democrats has plummeted.

And despite a 10 per cent rise over the last 18 months, the Liberal Democrats’ 44,526 reflects the loss of almost a third since joining the coalition.

Labour policy chief Jon Cruddas warned last month that “established political parties are in danger of being past their sell by date”.

There has also been some strong criticism of the Green Party not being included in ITV’s leader debate for the election next year. 79% of people surveyed by an ITM poll expressed being in favour of the Green leader (Natalie Bennett) in the debate. 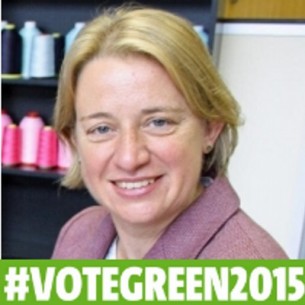 “It is clear from votes and polls that the public are fed up with the three business-as-usual parties and are looking around for alternatives.  The public want a serious debate in which they hear the full range of views. “They are well aware that austerity has failed even in its own terms while it has made the poor, the disabled, disadvantaged and the young pay for the fraud, corruption and mismanagement of the bankers.

“The Green Party offers a positive alternative to the Westminster “business as usual” approach to politics by the three main parties. Our policies on bringing the rail network and NHS back into public ownership resonate with the public understanding that the privatisation of public services by successive Tory and Labour governments is an expensive and damaging failure.”

A recent YouGov poll put the Greens 2% ahead of the Liberal Democrats. And many commentators, as in the last linked article above, claim UK politics is now entering a multi-party era. This article claims the UKIP gets its main support from older people disaffected with the established parties.  meanwhile younger people’s disaffection provides support for the Green Party.

Meanwhile, in Greece, some are claiming a likely left wing upset in their up-coming elections.  Owen Jones in The Guardian reports:

Another war looms in Europe: waged not with guns and tanks, but with financial markets and EU diktats. Austerity-ravaged Greece may well be on the verge of a general election that could bring to power a government unequivocally opposed to austerity. Momentous stuff: that has not happened in the six years of cuts and falling living standards that followed the collapse of Lehman Brothers.

But if the radical leftist party Syriza does indeed triumph in a possible snap poll in the new year, there will undoubtedly be a concerted attempt to choke the experiment at birth. That matters not just for Greece, but for all of us who want a different sort of society and a break from years of austerity.

The article claims that there is rising opposition in Greece to the damaging austerity programme. 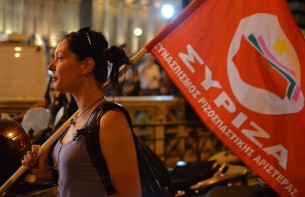 Syriza offers new hope for many, not just in Greece but in Europe.

Although it has shifted from demanding an immediate cancellation of debt, it is demanding a negotiated solution. It has conjured up the example of a European debt conference to wipe away a portion of the debt, as happened with Germany in 1953. Syriza’s manifesto proposes that repayment of debt could come through economic growth, rather than from budget cuts. It wants a European new deal backed up by an investment bank; an all-out war against the tax avoidance endemic in Greek society; an emergency employment programme; a raised minimum wage; and the restoration of collective bargaining. In alliance with anti-austerity forces such as Spain’s surging Podemos party, Syriza wants the EU to abandon crippling austerity policies in favour of quantitative easing and a growth-led recovery.

Jones warns that if Syriza is successful in gaining power in the election, the full forces of the right across Europe will be unleashed against Syriza and the left generally.  That is why Greece’s left needs solidarity internationally.

The forces of reaction against any concerted left wing new direction are pretty much aligned with those that would be unleashed on a new left direction in New Zealand.

28 comments on “Europe & the anti-austerity left ”