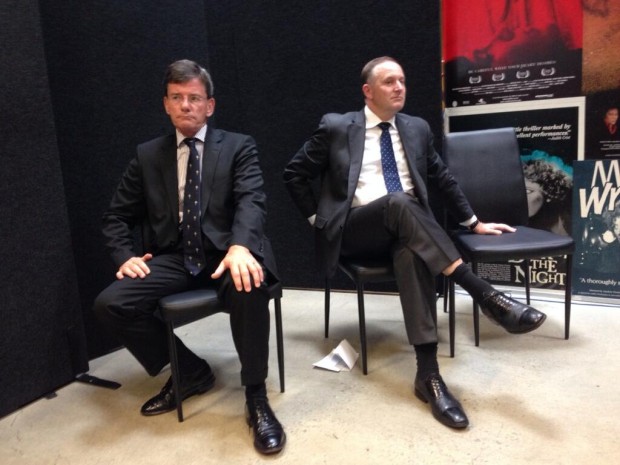 One of the most constitutionally appalling of the last Government’s activities was the treatment of personal information.  Whether it was releasing private information for political gain, or having two different responses to request for information depending on whether the requester was friendly to your Government and was going to attack the opposition or not, or frustrating journalists by refusing to answer their legitimate information requests there are copious examples showing why a change to the system is urgent.

But the treatment of Kim Dotcom will deserve its own chapter once the manual of how requests for private information should be handled by the Public Service is written.  Because the Human Rights Review Tribunal has just handed down a judgment which totally eviscerates the Government’s handling of an application by Dotcom for information concerning him.  Former Attorney General Chris Finlayson ought to apologise to Dotcom.  He should also apologise to the people of New Zealand for costing us $90,000 in costs not to mention considerably more in legal fees and institutional and public service costs.

[1] In July 2015 Mr Dotcom sent an information privacy request to all 28 Ministers of the Crown and nearly every government department (the agencies). The 52 requests were in near identical terms and requested all personal information held about Kim Dotcom including information held under his previous names. The requests advised that because the information was required for “pending legal action”, urgency was sought. It is common ground that the litigation referred to included (inter alia) an extradition eligibility hearing in the District Court then due to commence on 21 September 2015.

[2] Nearly all the requests were transferred by the agencies to the Attorney-General.

[3] On 5 August 2015 the Solicitor-General provided a response on behalf of the Attorney-General in which the requests were declined on the stated ground that, in terms of the Privacy Act 1993 (PA), s 29(1)(j) the requests were vexatious and included information which was trivial. The Solicitor-General also advised that insufficient reasons for urgency had been provided.

The language of the refusal is confrontational although it does match grounds for refusal contained in Section 29 of the Privacy Act.

Dotcom claimed two breaches, that the transfer of all requests to Finlayson was not permitted, and that the the refusal to provide information was made without proper basis.

The Tribunal decided for Dotcom on each ground.

The hearing took 10 days which is remarkable given that most of evidence was agreed to and provided by way of an agreed bundle comprising 36 volumes.

Dotcom gave evidence.  Much of his evidence related to the Crown’s claim that his requests “were not genuine Privacy Act requests but rather a litigation tactic and a fishing expedition” and that in conducting the application he had “an ulterior motive”.

As to his veracity the Tribunal held that he was “a persuasive, credible witness. His evidence was, as submitted by his counsel, clear, thorough and consistent. We are satisfied by his evidence that the requests were genuine and based on an honest belief that in the unique circumstances of a truly exceptional case, the July 2015 Privacy Act requests were necessary to ascertain what personal information about him was held by government agencies in New Zealand. We accept his evidence that there was no ulterior purpose to the timing of the requests and that he simply wanted to receive the requested information so that if relevant, it could be used in the extradition proceedings and in other litigation.”

I would love to have seen Finalyson’s face as he read that part of the judgment.

My quick reading of the judgment is that the Tribunal said that Dotcom did not have to particularise the information he was asking for.  Once he asked for it there was an obligation to provide it.  There is no way that such a claim could be considered vexatious because it was within the provisions of the Act.  It is within the rights of an individual to ask under the Privacy Act for information a Government Department holds concerning him or her.

This rationale is recorded in the following passage:

So the refusal was unlawful.

The justification for finding that the transfer was unlawful relied on a suggestion that the responses of all 52 agencies that received information requests were coordinated so that they all replied in the same way.  They should have exercised independent judgments, 52 times.  The advanced grounds that the transfers were necessary for the obtaining of legal advice or for the purpose of coordinating the response to the request with the Crown’s litigation strategy were outside the provisions of the Privacy Act.  Finlayson’s refusals were therefore without legal authority.  Round 2 to Dotcom.

This was not the end of the case.  The Crown submitted that because it could have made the same decision if it had got the law right the decision should be upheld.  The Tribunal gave this particular submission a bit of a blast.

[110]  We have difficulty accepting the proposition that a decision-maker who acts unlawfully (here, making a decision in a capacity he did not possess and in the absence of the requisite statutory belief on the part of the transferees) can make the reply, by way of defence, that the same decision could have been reached had all concerned acted within the law. In our view to accept a defence of this nature would require a good deal of cynicism as to the importance of state agencies and of state decision-makers acting within the law. Sight must not be lost of the principle that those who seek to uphold the law must themselves obey it. There is a substantial public interest in statutory decision- makers making their decisions in accordance with, rather than in disregard, of the law.

Dotcom has triumphantly tweeted that the extradition case is now over.  I somehow don’t think so although I anticipate that an abuse of process application is now being prepared.  It may hinge on what has or has not been disclosed and if disclosure throughout the course of the extradition proceeding is equal to or greater to what should have been disclosed under the Privacy Act.

I am sure this is not the end of things.  Apart from other consideration the thought that Government Departments have to hand out to people information held concerning them will cause lots of creased brows in Wellington.

And I suspect  this decision may be appealed.  Although the decision has a particular rational, principle based tone to it that may make it difficult to overturn on appeal.

59 comments on “Finlayson found to have breached Dotcom’s rights ”