Labour has published its budget website and a video ripping John Key’s record of broken promises. 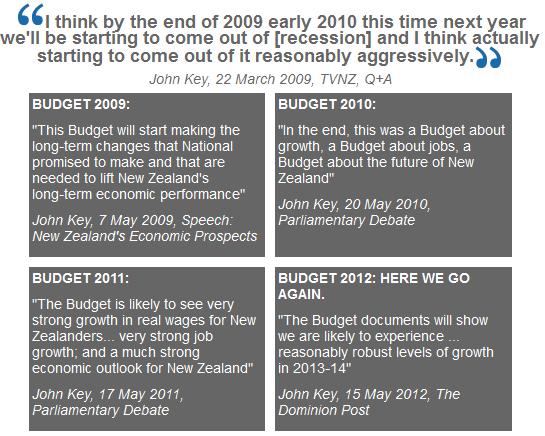 Right now, John Key is simultaneously blaming Labour for the recession and making excuses for the dismal economic performance of his government by blaming the world economy.

And Bill English is saying that borrowing and growth hasn’t been far out of line with previous Budgets’ projections.