Part of National’s Future Focus is forcing everyone who’s been on the dole for over a year to reapply. Apparently, 7,400 went off the dole as a result. I’m all for clamping down on real abuse. But I note none of these 7,400 have been prosecuted for fraud.

I wonder. How many would have gone off the dole anyway in this period? How many in real need are now missing out because they couldn’t jump through the government’s hoop? How many went straight on to a different benefit?

There are 16,000 people on the dole now who have been on it more than a year. Basically as many who were on the dole in total when Nats got to power. So, let’s not clap the government on the back too hard.

How much did making all those people reapply save – assuming there are real savings at all – compared to the increased costs of benefits since National took power? 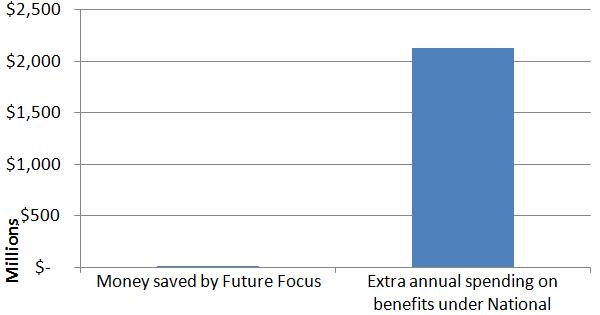