If they pass in parliament (the select committee reports back on the 26th), then they will pass with the narrowest of majorities. The public figleaf and whatever grotty hidden deal Peter Dunne carved out for himself (to no-one’s surprise except possibly to his increasingly erratic self), are meaningless in terms of the intent of this bill because it is simply a bad bill. The range of people who are opposed to this particularly bad and obscenely hurried legislation speaks for itself.

Which is why there will be a public protests at 2pm on the 27th and a protest meeting at the Mt Albert War Memorial tomorrow. 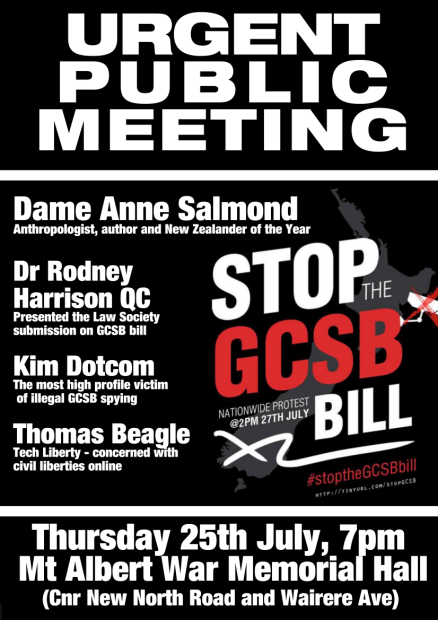 Updated: This meeting will be streamed live apparently. I’ll put up the details when I find them out.

Updated: it is packed, and people are still incoming.