General Lord Dannatt: UK should work with Assad in Syria

Lord Dannatt said the Russian’s had aptly demonstrated how to counter the extremist threat in Syria by backing the side most likely to win, despite reservations about the reported barrel-bombing of civilian areas by government forces. 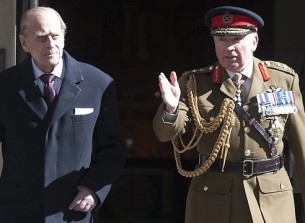 He told the BBC: “The Russians are coordinating with the Assad regime and are being very successful. From the air and on the ground, they are working in a coordinating fashion.

“Our problem is that we are working with the losers. Let’s work with that regime.

“There may be an element of my enemy’s enemy is my friend, and choosing the least worst of several very unattractive options.”

He argued defence chiefs were intent on removing President Bashar al-Assad despite wars in Afghanistan, Iraq and Libya proving the difficulties in simply toppling a dictator without a comprehensive plan for what could replace them.

88 comments on “General Lord Dannatt: UK should work with Assad in Syria ”