So, the trend in the Roy Morgans continues, ever so painfully slowly to move in the Left’s favour. 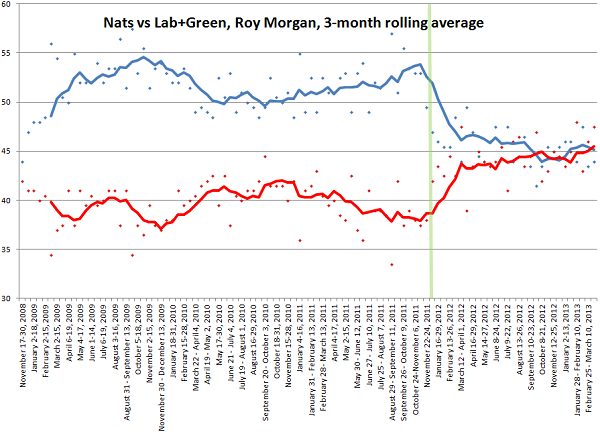 Since Labour recovered from its election disaster level to 30+, the Left’s support has risen at a bit under 0.2% per month, the Right vice versa. Lab+Green now outpolls National as often as not. Which is a massive turnaround from two years ago. 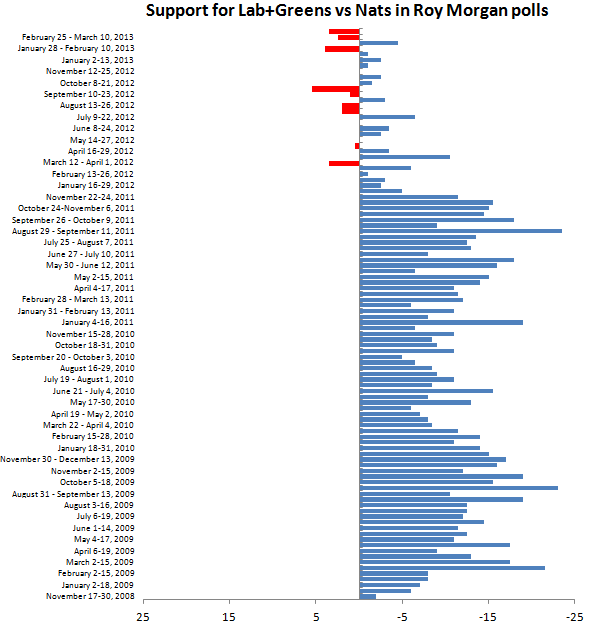 But ‘if these trends continue’ is the most dangerous phrase in politics.

Even if these trends do continue (and I know I’m going to get people angry at me for this 18 month – that’s half a fun) Lab+Green is still less than 50% come the campaign and National’s only 6-7& astern. 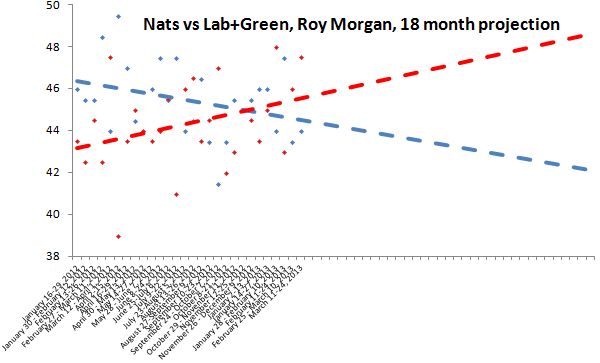 Another bad campaign from Labour, a few Brash moments from Shearer, and that lead evaporates. But there’s no denying that the Left is looking at lot better than a year ago, and Key’s chances of a third term are falling.

32 comments on “Getting there ”