It seems Sarah Palin is stepping up her campaign to be the Republican’s candidate to run against President Obama in 2012. The world couldn’t ask for a better candidate to oppose Obama: She won’t have a show in hell.

The Guardian reports Palin is on her way to Iowa, the starting point for candidate vying for a White House candidacy. It was Iowa where Obama claimed his first major victory against Hillary Clinton.

There are boxes that US presidential hopefuls have to tick early… Sarah Palin has ticked the first two and on Friday will tick the third when she is the main speaker at a $100-a-seat Republican dinner in Des Moines, Iowa. The party’s sole superstar has not yet said whether she will seek the nomination to take on Barack Obama in 2012. But all the indications point to a run, and Friday’s visit is the biggest sign yet.

This is great news for liberals. Not just in the United States, but the world over. Palin’s views are so incredibly out of whack with ordinary Americans, she doesn’t stand a chance. A recent Gallup poll found that 62% of independents would be put off voting for a candidate merely because they received Palin’s endorsement.

Democrats may detest her, and so does the Republican establishment, for her perceived lack of sophistication and polarising effect on the electorate. But neither will make the choice in the Iowa 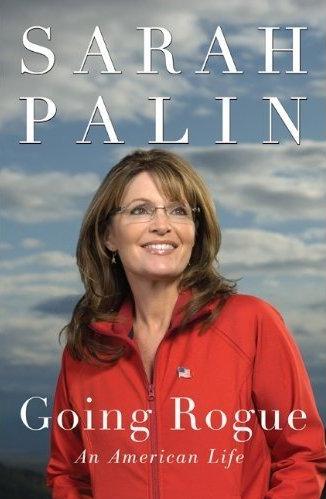 caucus. The party activists will, and they are shifting behind her. Long before the contest has formally begun, Palin is fast on the way to becoming unstoppable.

It’s clear that the extremist element within the Republican Party is growing rapidly. As the Tea Party gains more influence, watch the support for Palin’s candidacy swell.

A Des Moines Register poll in June gave Romney a 62% favourability rating among Republicans, Palin 58% and Gingrich 56%. Others trailed well behind. Mike Huckabee, who won in 2008, has ruled himself out of the race.

Romney, the establishment choice, at present represents the biggest obstacle to Palin. But his name does not generate much warmth or excitement among activists. At 67, Gingrich may be too old.

Romney has been a strong performer previously. But Palin’s momentum with the support of the Tea Party is looking unstoppable.

The dinner will provide firm evidence of Palin’s popularity. How many are prepared to stump up the $100? Charlie Gruschow, a Republican and founder of the Des Moines Tea Party, who has taken two tables, seating 20, and filled them, estimated the event could attract 2,500 to 3,000.

Let’s hope it’s a big number. Traditional U.S. Republicans are starting to realise the influence exerted by the extremists in the Tea Party could put off independents for years. It may not look positive now with the Republicans poised to take control of the House in the mid-term elections, but don’t worry about Obama. He’ll do just fine.