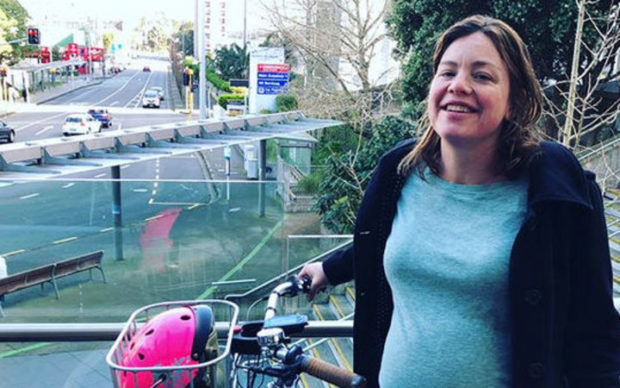 Talk about walking the walk. Julie Anne Genter outdid Jacinda Ardern’s trip to hospital in her private car by riding to hospital to be induced on her bike.

She shared a photo of herself cycling to the Auckland City Hospital, where she is going into induced labour.

Ms Genter and her partner Peter Nunns cycled to the hospital because there wasn’t enough room in the car for the support crew, she said.

Green Party co-leader James Shaw said it was very ‘on-brand’ for Ms Genter to have chosen to ride her bike.

“I’m proud to be living in a country where two members of the country’s executive are able to have children as part of their job,” he said.

All the best to Julie Anne and her whanau.