Government will not support victims of domestic violence 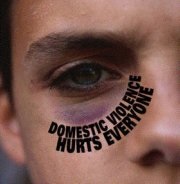 Green MP Jan Logie has a private member’s bill due for its first reading in the next couple of weeks.

The intent of the bill, called the Domestic Violence – Victims’ Protection Bill, is to give victims of domestic abuse 10 days of paid leave to help them improve their situation.

The bill has received widespread support from some unusual sources.  For instance Business New Zealand supports the bill being sent to select committee.  From Radio New Zealand:

Business New Zealand said it was keen to see the bill pass its first reading because it would be useful to hear from small businesses about how they’d cope with the new obligations during the Select Committee process.

“It’s important to hear the views of victims but also smaller businesses who would have to manage it, and how they would be able to manage it, if at all,” its chief executive Kirk Hope said.

And ANZ also supports the intent of the law.

ANZ, which started offering special leave to staff members affected by domestic abuse 18 months ago, said the benefits outweighed the cost of such a programme.

“It’s counterintuitiative but it costs very little. The cost of losing someone to sick leave, turnover or unexplained absences, lower performance and disengagement… all of those add up. Providing paid special leave is not as expensive as you might think,” ANZ senior HR manager Gina McJarrow said.

Just what any good employer should do.  Help their staff through a difficult time.

It is sad that such provisions need to be made compulsory.  But there are far too many bad employers out there and compulsion is necessary some times to get businesses to do what they should be doing.

But the Government says it will not support the bill.  Again from Radio New Zealand:

Minister for Workplace Relations Michael Woodhouse said while the government was sympathetic to the aims of the bill, the extra leave would have significant costs attached to it.

In a statement, Mr Woodhouse said the bill sought to remedy something that was ‘already addressed by existing provisions within current Employment and Health and Safety legislation’.

“Many employers already go above and beyond the statutory minimum employment standards as set out in legislation. For example, The Warehouse Group and the GCSB already offer all staff who are victims of domestic violence up to 10 days additional leave per year.”

So the Government will not support the bill because it will cause significant extra costs and domestic violence is already addressed by existing legislation and employers do it anyway.  Confused?

Peter Dunne will not disclose his position until the day of the vote.  I suspect the Maori Party will be sympathetic.

It could be touch and go for the Bill to get through.  It may go the same way as Sue Moroney’s Paid Parental Leave bill however and face a Government veto.

But at least it will present another opportunity to highlight the difference between the left and the right.  On one side is genuine compassion for the victims of domestic violence.  On the other is a penny pinching indifference to those among us who need help.

19 comments on “Government will not support victims of domestic violence ”