Guest post: The end of Neoliberalism – What went wrong? 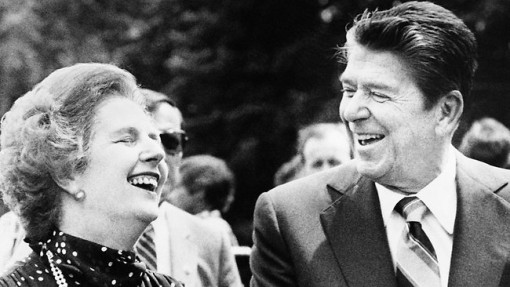 The Left predicted the death of neoliberalism after the global financial crisis of 2008.

An equity bubble inflated by easy credit and risky derivatives burst all over our TV screens.  The balloon was reflated by massive money-printing. Bankers were bailed out by taxpayers, again.

Meanwhile inequality has grown again – especially in the share of wealth held by the top 0.1%.  Fuelled by tech disruption and globalisation, the Precariat has become ‘the many, not the few’.

Surely after all this people would see through the false gospel of pure free markets and its political counterpart, Neoliberalism?  Surely they would demand re-regulation, re-distribution and a return to social democracy? But they haven’t.

Sure, renewed Centre-Left parties govern in New Zealand and Canada.  France has a charismatic Centre-Right leader. Older Centre-Right governments hang on in Germany, Australia, and the UK.

But that’s not the big news. The tectonic shift in world politics is the rise of the Alt Right: calling a spade a spade, neo-Fascism.

In Trump’s America, in Poland, Hungary, Turkey and in the rise of far Right parties in France, Germany, Scandinavia and the UK: it is fuelled by economic disillusion and migration-driven racism, subsidised or supported by Putin’s Russia.

As an Italian taxi driver said recently – across Europe traditional family and constitutional values have been trashed by “the Crisis” of 2008: for too many people, it’s now “everyone for themselves”.

The traditional left-right political divide has been overridden by a new polarity of new right nationalism competing with liberal globalism.  On recent evidence, social liberalism is losing.

Are we are one more crash away from a Alt Right tidal wave?  Is this a rerun of 1928?  Given a new credit bubble, massive inequality and stagnating returns, another crash may not be far off.

What is New Zealand’s best course in these stormy seas?  Are we to be a beacon for tolerance and respect, decency and human rights? Or just a bolt hole to which the lucky few can still escape?

What does this all mean for the Left? How can progressive politics reinvent itself to address the new challenge and provide new solutions for a new generation?

This is the first of some occasional postings that will focus on the intersection of progressive thought, economic policy and international affairs.

The series takes as its starting challenge the one set out by Morgan Godfery et al in the BWB book “The Interregnum”: if neoliberalism is bankrupt, it is time to define and shape what comes next.

These postings seek conversation and feedback – because especially in uncertain times, wisdom is found in the collective.

172 comments on “Guest post: The end of Neoliberalism – What went wrong? ”