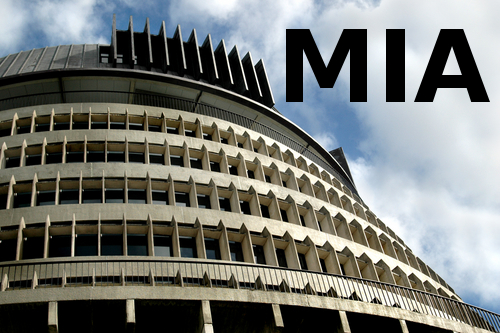 DISCLAIMER: Image not intended to imply or incite Government to go MIA in actual reality

The Government has today announced a full inquiry into all instances of politicians calling for ‘heads to roll’ following the controversy over Mr Harawira suggesting Mr Goff should be shot.

Mr Key said “It’s just not good enough that people have been going around literally threatening what is in reality very violent metaphoricals in a very threatening and real way. It’s not on. I’m feeling very irrelaxed about this and it’s time we got this investigation cycle humming like the economy needs it to be, in a very real sense.”

“We can’t go on is a society in people going around inciting decapitation for goodness sake! Frankly I am very disappointed I haven’t been told about this sooner, it’s been going on all over the place. My sources report it’s rooly rife among the uppity types.”

It is understood that the context of the utterances will not be taken into account or ‘streamlined’, in order to ensure all defendents are guilty.