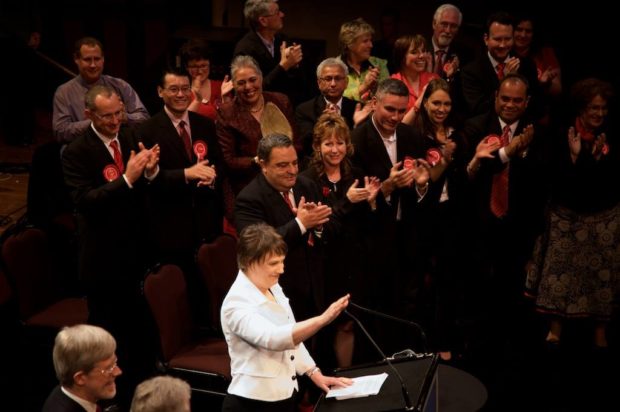 The Chilcot report has rightfully castigated Tony Blair for his role in the Iraqi war. He ought to hand in his labour party membership.  Prosecution for war crimes should not be ruled out.  Going to war on a pretext and ignoring the warnings of impending doom is not something that a responsible leader does.

The weapons of mass destruction excuse was a well polished lie designed to justify a military incursion that was otherwise against International Law.  The Chilcot report contains a whole load of told you so delivered 13 years after the event.

Hopefully the insurgency being railed from within the Parliamentary Labour Party against Jeremy Corbyn will now be quelled. His principled position opposing the war against the leadership of his party has now been shown to be correct.

By contrast Tony Blair will go down in history as the person promising to follow George Bush, whatever.  The person who wrecked a country with dubious legal authority.  The person who went a head with an invasion even though the predictions of increased terrorism and the birth of ISIS was predicted.

This made me reflect on the actions of Helen Clark and the fifth Labour Government.

When the invasion was announced she said this in Parliament (h/t Tautoko Mangō Mata):

The Government deeply regrets the breakdown of the diplomatic process over the Iraq crisis. The New Zealand Government, like most Governments, has been a strong supporter of that process running its course. Like most countries, our strong preference was for the disarmament of Iraq to occur peacefully, through a strong and intrusive weapons inspection process …

Our Government is determined that this difference of opinion, substantial as it is, will not damage longstanding friendships that we value. We fully understand the frustration, the impatience, and the outrage felt by the United States, Britain, and Australia at Iraq’s slowness to comply and its resistance to complying with UN resolutions. But notwithstanding that, our Government does not believe that the diplomatic process, backed by inspections and leading to disarmament, has run its course.

New Zealand’s position on this crisis has at all times been based on our strong support for multilateralism and the rule of law, and for upholding the authority of the Security Council. It is a principled position, it has integrity, and we believe it is well understood by our friends. It is a matter of profound regret to us that some of our closest friends have chosen to stand outside the Security Council at this point, for a new and dangerous precedent is being set. It may be possible to justify one’s friends taking such action, but where then is our moral authority when other nations use the precedent that is now being set? These are troubled times for the United Nations. It has worked hard, as has the Security Council, to address the issue. In the end, consensus could not be reached. For the majority of nations on the council, the threshold for the use of force had not been reached. Our Government supports and endorses that judgment.

Given that this went against the views of the political leadership of the United States, the United Kingdom and Australia it was a brave position for Labour to take.

Labour subsequently sent engineers to Iraq to take part in the rebuild.  Two rotations of 61 engineers were sent to Basra to perform engineering and humanitarian tasks.

There was a suggestion that this decision was made to placate the Americans and for trade reasons but this claim was angrily denied.  Helen Clark said this:

I am absolutely incensed at the suggestion that some Defence Ministry personnel seem to have made to various diplomats that there was any connection between my support for sending engineers to do humanitarian work in Iraq with the interests of Fonterra, I mean this is simply preposterous.”

Of course you should compare this to National’s response at the time.  Rob has already posted the video containing John Key’s earlier get some guts comments.

For those who say that New Zealand Labour is no different to National the simple response is remember National.

41 comments on “Helen Clark on Iraq ”