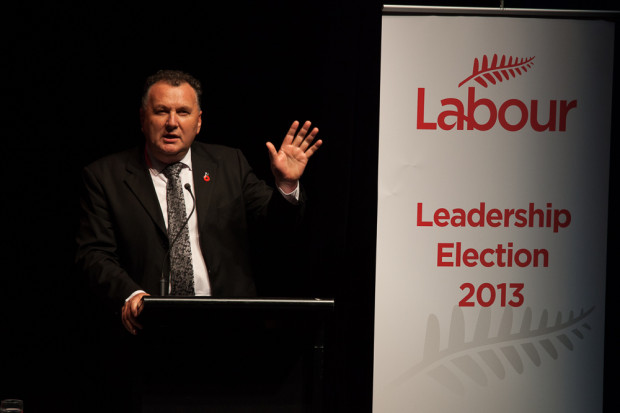 One of the worst kept secrets in Politics has now been publicly confirmed. Shane Jones, former Labour Front bencher, will stand for Parliament in this year’s election in Whangarei.  But not for Labour, but for New Zealand First.

He was elected to Parliament in 2005 on the list and rose through the ranks to the front bench.  He then did not seek reelection in 2014.

Rumours of his return have been around for a while.  In fact a Standard post discussed this very possibility in April 2015.  And I posted about these rumours in September 2016.

At the time I said:

When Jones was a member of the Labour Party he had a somewhat contradictory position, claiming that Labour needed to be a broader church but then stating that if Labour formed a coalition with the Greens he would walk away from the party.  It appeared that for Jones a broad church did not include people concerned about the environment.

His means of exiting the party would attract attention in some jurisdictions.  A Government creating a well paid job involving the continuous touring of the Pacific and a Diplomatic Passport and offering the job to an opposition MP and causing them to resign would cause official investigations in other countries.  Who wouldn’t accept such a job opportunity?  But should public money be used for this purpose?

Clearly Jones would be more comfortable in New Zealand First because of his environmental views.  And he could cause problems for National in Whangarei although at the last election National’s Shane Reti won the seat with a 13,169 majority and New Zealand First polled third in the party vote.  Interestingly the result was not too different to the result in Northland although Reti’s majority was greater than Mike Sabin’s.

He has his detractors within New Zealand First.  This Facebook page Never Shane has attracted some media attention.

And you have to question the commitment of a former Labour MP who takes a plumb taxpayer paid job from the Nats and then decides to stand for New Zealand First.  I prefer that our Parliament is full of conviction politicians, not those who see it as a career.

The prospects of a Labour-Green-New Zealand First coalition just became more difficult and I shudder to think how policy differences could be resolved.  New Zealand’s best chance of a progressive future is for a Labour-Green Government.