The Dom Post reports that Hone Harawira is considering leaving the Maori Party. Hone told the Dom this before Hone’s offensive email hit the media later in the week.

Firebrand Maori Party MP Hone Harawira under attack for an explosive email says he could quit at the next election over his party’s support for National. 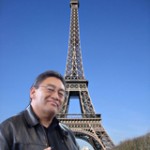 Mr Harawira told The Dominion Post this week that he was concerned the party was too close to National despite the relationship delivering a crucial promise to scrap the Foreshore and Seabed Act.

Hone Harawira’s future with the Maori Party is on the line after he skipped official parliamentary business to visit Paris and then used offensive language in an email on the issue.

President Whatarangi Winiata said yesterday that the party was on the verge of disciplinary action against the MP, whose behaviour involved “serious breaches of the kaupapa and tikanga of the party”.

Either way it looks as though Hone and Maori Party are likely to go their seperate ways. The leadership is probably looking to cut Hone loose before he leaves, to make themselves look tough and dignified. But Hone is the man with the intiative and will very likely walk before being pushed.

We shouldn’t be under any illusions that if Hone leaves it’s because of the Paris and email mistake. Rather, the man is simply too principled to have stayed long-term supporting a “do nothing” right-wing Prime Minister. As such, his relationship with the Maori Party as a partner in a National-ACT conservative government was always bound to fail.

PS. Hone’s departure wouldn’t affect numbers for the government in the House. But it will reduce National-Maori Party supported legislation to a majority of 1. How’s that ETS looking?