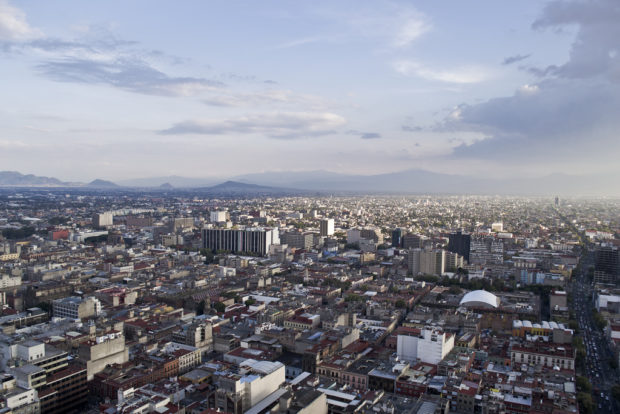 Hugh Pavletich of Demographia has released its annual review of housing affordability. The results are not surprising. New Zealand continues to perform poorly on any matrix associated with affordable housing.

The annual Demographia International Housing Affordability shows New Zealand has continued to be one of the most unaffordable countries in the world to buy a house, with the median price more than six times the median annual household income.

Of the eight New Zealand markets looked at, none were considered affordable.

Palmerston North-Manawatu was the least expensive at 5.0, then Christchurch at 5.4, Dunedin at 6.1, Wellington at 6.3, Napier-Hastings at 6.7, Hamilton-Waikato at 6.8, then Auckland at 9.0, followed by Tauranga and the Western Bay of Plenty as the most unaffordable at 9.1.

Auckland was the seventh most unaffordable major city in the world, behind Hong Kong, Vancouver, Sydney, Melbourne, San Jose and Los Angeles.

The measurement seems to me to be somewhat arbitrary and I could not believe the statement that Tauranga was less affordable than Auckland unless wages there are really out of sync.

Report co-author Hugh Pavletich then blamed the current Government for the problem despite the long term nature of the issue. And expected that somehow it should have been solved in the last 12 months.

“Unfortunately, this has been created, in large measure, by the government just dithering through 2018 in dealing with these issues.

“They just [need to] allow affordable housing to be built. In other words, getting out of the road more than anything on this land supply issue and bringing in proper debt financing for infrastructure.”

He told Morning Report the Labour Party was in trouble at the next election if it didn’t tackle the issue and that Housing Minister Phil Twyford had been “dithering” on the issue.

“Mr Twyford and the Labour-led government know exactly what needs to be done and if they don’t do it this year, and we visibly don’t see more social housing I think they are going to be toast at the 2020 election,” he said.

“KiwiBuild has been so badly-conceived that it’s just been a joke … and regrettably the government needs to really go right back and revamp that whole thing or continue to lose credibility promoting such rubbish,” he said.

“To be talking about affordable housing at $650,000 is just an insult to everybody’s intelligence.”

His comments about price completely misrepresent the affordability of KiwiBuild houses. $650,000 is the top price payable for stand alone houses with three or more bedrooms. Terraced houses and apartments are anticipated to cost below $500,000.

Thankfully not all economists agree. Again from Radio New Zealand:

Economist Shamubeel Eaqub said the reality was there had been so many different failures around land use, infrastructure building and design.

He thinks councils need to have the power and the ability to build more houses if affordability is to be fixed.

Mr Eaqub said the government was heading in the right direction with regulations around infrastructure and local government.

“But the big fixers are very slow to move, and we won’t see the benefits of that for some time to come.”

I thought I would have a look at some of Demographia’s work. The website is, how shall I put this politely, visually challenging. Some of the linked to sources are also fascinating.

There is this cluster fuck of text about climate change in this article:

There are at least two ways to comprehensively reduce GHG emissions — not surprisingly, a right way and a wrong way.

The wrong way is typified by the conventional wisdom among many puritanical urban planners, These social engineers have been frustrated for decades, failing to herd automobile drivers into transit and new residents into pre-War densities. All the while, their demons — the expansion of home ownership that could only have occurred by building on cheap land on the urban fringe and the greater mobility provided by the automobile — have been major contributors to the democratization of prosperity. Throughout the first world, from the United States to Western Europe and Japan, poverty levels have fallen markedly as more households take part in the quality of life mainstream. Women have been liberated to become near-equal economic players and low income households, including many that are African-American or Hispanic, have entered the middle class and beyond.

Yet, for years, much of the planning community has exhibited an inestimable contempt for the lifestyles that have been chosen by most households. The Puritan planners have identified this once-in-a-lifetime chance to force their confession of faith on everyone else.

This is evident, for example in a new Brookings Institution report (Shrinking the Carbon Footprint of Metropolitan America purporting to demonstrate that GHG emissions are higher in the suburbs than in more dense cores. Using this debatable conclusion — directly at odds with the findings of the Australian Conservation Foundation’s far more extensive study (Australian Conservation Atlas) (Note 1) — they jump from rhetoric to their time honored litany of anti-mobility, anti-home ownership and pro-poverty commandments, skipping right over the economic analysis that any disciplined analysis of trades-off would require.

The article is painful in that it does not address what happens if we do not successfully address climate change, that is wreck the planet, and thinks that there is some mythical balance point where economic interests can “properly” be balanced with environmental interests.

There is also this paper which comments, back in 2008, on the cause of the global financial crisis. The causes were apparently profligate lending by banks and, get this, planning restrictions on land.

Not fraud and the greed of Wall Street and the Merchant Banking sector but too much lending and not enough land.

This belief, that we only have to open up land supply and all will be fine, is not the sole preserve of Pavletich.

National Party leader Simon Bridges said the main driver of house prices was the lack of land for new homes.

“Were the government today to come up with a comprehensive RMA [Resource Management Act] reform on both planning and the environment, we would be collaborative on that.

If the RMA is such a problem I do not understand why National did not solve this problem during its last term in Parliament.

Auckland Councillor Greg Sayers has also claimed that limitations on urban spread are the problem and has written a book claiming that Auckland has to dump the ideology of a compact city and spread out and grow to make housing affordable.

Are they right? Is the restricting of land supply causing increasing house prices and worsening urban performance?

Greater Auckland has this very credible critique of an earlier report from Demographia. From its post:

This raises a quite obvious question: Why are people willing to pay so much more to live in some places? Why live in “unaffordable” San Francisco when “affordable” Houston is just down the road? Why live in Auckland when housing is relatively cheaper in Dunedin?

Urban economists have studied this phenomenon in detail, and observed that there is an omitted variable in Demographia’s equation: the differing amenities offered by different cities. If a city offers good natural amenities or consumer amenities, people will be willing to pay more to live there. Conversely, if a place isn’t particularly nice, people won’t be willing to pay much for houses there. (Common sense, really.)

And the failure to make any allowance for how unsustainable and how environmentally damaging sprawl is creates I believe a major weakness in Pavletich’s analysis.

As said by Greater Auckland:

If we wanted to accomplish that, we’d have to destroy most of the things that make great cities great. This might make housing cheaper, but it wouldn’t make us any better off in a broader sense. That’s because it would require us to:


Bulldoze the Waitakere Ranges and use the spoil to fill in the Hauraki Gulf – to ensure that Auckland didn’t have any natural advantages over a flat, inland city like Hamilton.
Dynamite the historic boulevards of Paris and replace them with American-style subdivisions and malls – to ensure that Paris didn’t offer anything that Houston doesn’t.
Ban any venture capital or startup activity in San Francisco, to ensure that it doesn’t offer any agglomeration economies that don’t exist in Detroit.
Build large screens over sunny cities like Tauranga and Brisbane – to ensure that they don’t have nicer weather than Moscow or Toronto.


But Demographia’s not aware of this. Their analysis is overly simplistic. The only thing it reveals is the authors’ grievous failure to understand the basics of urban economics. It’s no wonder that Demographia has never tried to have its studies peer reviewed or published in academic journals. Their claims aren’t supported by any valid conceptual model

Well said.  If we want to save the Ranges and we want to improve the quality of urban centres then urban sprawl, with the attendant need for motorways and infrastructure, is the last thing that we should be doing.  We should aspire to be like Paris, not Houston.