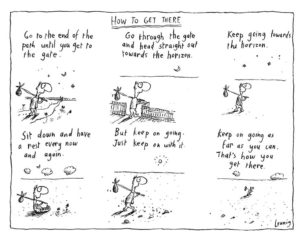 This post is prompted by TS regular Robert Guyton who suggested we have a dedicated thread where “the way forward can be discussed, within parameters such as doable suggestions, successful examples, contributions from readers who support the concept of the thread, new takes on the future etc.”.

How To Get There is an Open Mike for ideas, solutions and the discussion of the possible. The Big Picture, rather than a snapshot of the day’s goings on.

Topics rather than topical and we’d like to think it’s success will be measured in the quality of comments rather than the quantity.

Let us know what you think!