How to Put A Stake Through Our Monarchy’s Heart 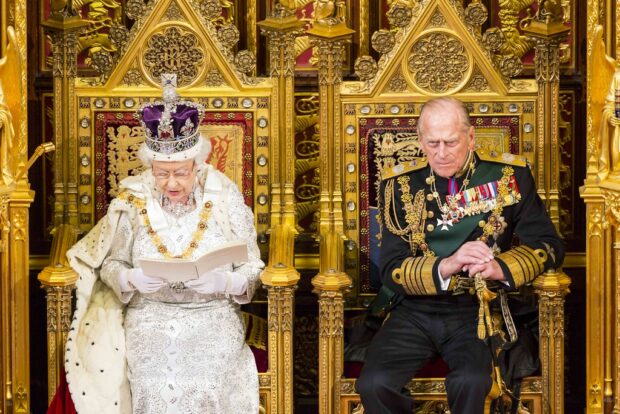 No, it’s not how you keep a 99-year-old racist alive in both public and private hospitals while the rest of the U.K. watches the deliberate destruction of the National Health Service.

It’s not how you treat the memory of the most popular royal in a century.

What you do is try to take out the reputation of a popular United States citizen, who followed the Hollywood dream of marrying an actual prince.

That mythology of class and gender mobility is not possible in London, but it is too much a part of the American Dream to be left undefended in Los Angeles the city where such global dreams are manufactured. On that edge the knife of their demise is sharpened.

Once the British royals started launching air strikes in the form of a Buckingham Palace investigation into whether two staff felt bullied by Meaghan – just days before the main interview with Oprah Winfrey was due to go live – you knew the counter-strike was just going to leave a broadcasting Nagasaki behind.

In stepping away from the work of the royal family, it is not possible to continue with the responsibilities and duties that come with a life of public service.”

Since they were in attack mode, they said:

The royal household has had a dignity at work policy in place for a number of years and does not and will not tolerate bullying or harassment in the workplace.”

Contemplate the history of the British royal family over the last 50 years as you read that aloud.

Then the Queen in her Commonwealth Day speech tries to put a little edge on things, which even Fox News pushes back on.

As CNN puts it, the world is now awaiting a royal bombshell with this interview.

Hey Queen, if you thought you were protecting someone’s dignity about work, you’re not going to get Upper Class British restrained passive-aggression out of Fox News.

You’re going to get steamrollered.

The London media will lose more in their international markets than they might gain domestically. In the year to come they will go through the successes and failures of Team Archie in a perpetual gotcha.

More importantly the British monarchy will lose much more than they gain, in an industry built entirely on reputation.

Meaghan and Harry are going to be the renewal of the British Royal Family that England could have had but didn’t. Instead of accepting the fate of being one-family-private-jet-crash-from-the-throne, they have formed their own lives and independent business. In doing so they have weaponised larger media message-carriers than the whole of Buckingham Palace put together.

The net result will be that young people will see this new form of royalty as young, progressive, and media-weaponised to the hilt. Just the way we like young successful people after all. The old form of royalty will die by being ignored by millennials and distained by the old. The middle-aged will pass them by.

Prince Charles will bury his own parents soon, but they dug their own reputational graves first.