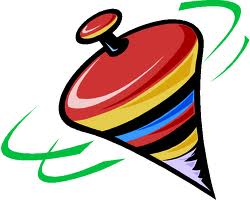 So the latest unemployment figures aren’t 0.8% up and 19,000 more unemployed (and many more jobless), they’re 0.3% down (from the worst peak since National were last in power). Besides, somehow John Key believes that our employment percentage is better than Oz. I’m sure those 19,000 families who’ve lost a breadwinner will be comforted.

The wage gap with Australia hasn’t risen $40/week since National came into power, no, it’s better than it was under a Labour government… before Labour made some serious progress in reversing the damage National did last they were in power.

We’re repeatedly told about the 9 years of Labour’s economic mismanagement – that left the economy in such good shape National felt justified dropping tax rates in a recession (albeit with only their rich mates as true winners).

Removing worker’s rights is good for workers – as long as they want a chance at a low wage, no conditions job in a high unemployment economy.

It’s hard to keep up. What’s next? Moving neurology away from Dunedin will be good for patients and the training of our doctors? Reducing state housing will decrease the numbers of kiwis in need of affordable, good quality housing? We’ll all be better off after they raise GST? Oh wait, they’ve already claimed that…