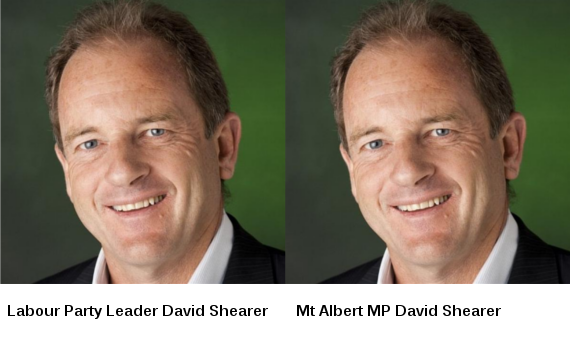 Labour Party leader David Shearer has moved quickly to discipline one of his MPs for failing to declare a pecuniary interest.

“I expect high standards from my MPs” said Shearer, as he announced that MP David Shearer would be stood down from all duties.

The suspension arose after the MP today admitted failing to declare a foreign bank account on the Register of Pecuniary Interests.

Labour’s leader said he hoped the move would be a “wake-up call” to members of Labour’s caucus.

“These rules exist for a reason, and we have to take them seriously” Shearer said.

Shearer agreed that the failure by one of his MPs to follow the rules was a “bad look” that “let the side down”.

But he refused to be drawn on whether he would reinstate the MP for Mt Albert after a spell on the backbenches.

“David is a very talented member of parliament, and he has a huge amount to offer the party. But he has to prove he can be relied upon to get the rules right.”

Shearer said he would decide over the next few days who would take over Shearer’s Leadership portfolio.

The portfolio is seen as a crucial one for Labour, and there has been some criticism of David Shearer’s performance in the role.

Shearer’s suspension now gives Shearer the opportunity to bring someone new into the role, although some insiders have speculated that David Shearer may himself take the portfolio on.

“David Shearer should step up and take control, and assert himself in the Leadership role,” said pretty much everyone.

The demoted MP last night refused to comment on the decision by his leader. But he confirmed that he still fully supported David Shearer as leader of the Labour Party.