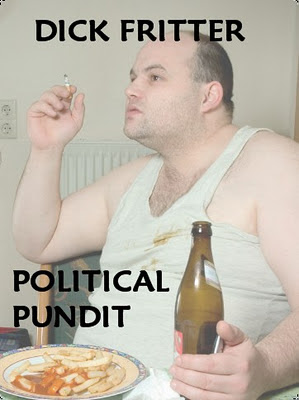 It was another masterful display in the House yesterday, as the Prime Minister ran rings around the Opposition yet again.

First up was a question about the handling of the economy. John Key batted the question away by describing the handling of his car. Key then walked over to Winston Peters, grabbed his cheeks and said to him “who’s a naughty boy then?”

As if this bravura display by a consummate professional at the top of his game wasn’t enough, Key then gave a devastating response when asked by Labour’s leader David Shearer if he had confidence in his ministers.

“Not only do I have complete confidence in my ministers, I am also confident in my ability to eat a pancake,” was Key’s brilliantly cutting reply.

As government members rolled about the floor laughing, Mr Key then stripped naked and performed an energetic dancing routine. Several of his ministers joined in, and they completed the performance with a series of backflips and twirls. The finish to the routine was marred slightly when Gerry Brownlee tripped and fell on Anne Tolley, leaving the Corrections Minister with multiple fractures and needing urgent surgery, but Labour and the Greens had no response to the brilliant performance.

The Opposition might have fared better had they taken up Trevor Mallard’s suggestion of responding with a haka.

Mr Key then took the microphone from the Speaker, Lockwood Smith, and boldly demanded that they all look at him and tell him what they see.

Key told his audience they had not seen the best of him yet. He promised that if they would give him time he would make them forget the rest.

Despite Opposition objections, the Speaker refused to intervene, leaving Key in complete control of the floor.

He used the opportunity given to him with devastating effect, telling the House that he had more in him, that they could set it free, and that he could catch the moon in his hands.

At the end of his speech Key looked directly towards David Shearer and asked “Don’t you know who I am?”

And so yet again Labour and the Greens have fallen into traps laid by the cunning PM. Their hapless efforts to make the PM answer simple questions and be accountable for the actions of his government are touchingly naive, when anyone who has followed politics as long as I have knows that accountability is much less important than putting on a good show.

That is why the decision to film the next series of New Zealand’s Got Talent in the House during parliamentary proceedings is a good one. The punters want to see their politicians singing and dancing, not giving boring speeches about transport and taxation. I’ve seen a preview of the first episode, and let me warn you now that Paula Bennett’s song paying tribute to Whitney Houston will leave you an emotional wreck.