Scott at Imperator Fish has kindly given us permission to syndicate posts from his blog – the original of these posts are here and here.

Another controversy put to rest, thanks to my diligent efforts.

So the more people that marry the better!

Even if we put aside those of the 21 reasons that apply only to children (and if we let gay couples adopt, many of those reasons would be valid), Family First’s own arguments show that any marriage is better than no marriage.

Marriage Equality: Do We Dare Take The Risk? 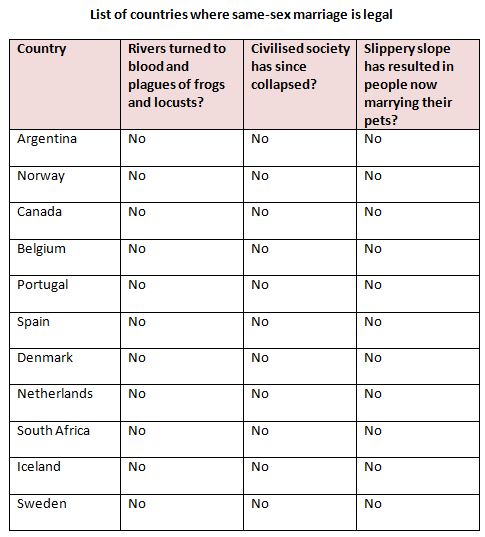