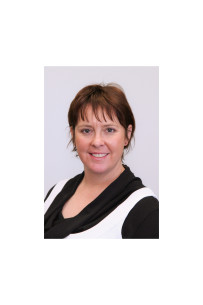 The “divide and rule” strategy has been used to impose and maintain control over human beings for countless years. Capitalists are past masters at applying it to their workforce via the “management vs worker” cleaver but, no matter the resulting tension, it was always people getting along – or not – with other people. Not so in recent decades, especially in large corporations, which have seen the introduction of a systematic dehumanisation process. It began the day the “Personnel Department” became “Human Resources”.

The reduction of humans down to the status of “resources”, no more important to the functioning of a business than a bag of cement at a concrete factory, has resulted in an unconscious shift in thinking. Just as it causes less emotional angst for American soldiers to kill “rag-heads” rather than kill other soldiers, so too it is easier for senior executives to impose ever increasingly dire conditions upon “resources”. The only buffer which now exists between the ruthless corporate worship of Mammon and the workers in many businesses is a flimsy scattering of scant laws and the day-to-day level of ethical behaviour applied in this brand new field of “Human Resource Management”.

The day “Personnel” officially became “Human Resources” in New Zealand was 1 April 1999 when  the Human Resources Institute of New Zealand was incorporated. A voluntary membership industry organisation, the HRINZ today has around 3800 members which is about half of all those believed to be working in the field.

The current President of HRINZ is Rachel Walker who, as well as her presidential duties, works full-on as a human resources professional.  Her official job title is, “Director, Transition and Transformation”, (yes, really) and Rachel’s duties are many and varied. For example, she recently oversaw the “transformation” of the Ministry of Civil Defence and Emergency Management from a public service under the Department of Internal Affairs into a “business unit” operating alongside the spy agencies being run out of the Department of Prime Minister and Cabinet. Next task for Rachel is the winding up of CERA by “transitioning” it from Christchurch and plopping it into the increasingly busy Department of Prime Minister and Cabinet. Hers is both a tough and intricately complicated job, involving multiple work-streams, no end of strategic engagement with surplus resources, dispensing treasure to throngs of private sector partners, keeping secret sensitive information, soothing sensitive political egos, and all the rest of it that goes with toiling in John Key’s Beehive boiler room.

Obviously, then, ethics plays a vital role in the performance of Rachel’s job and is something she obviously takes seriously. In fact, for her full time employment and in her role as President of HRINZ, Rachel, along with all the Institute’s members, is bound by a Code of Professional Conduct. This Code . . .

. . . plays an important part in ensuring membership of the Institute remains the respected and credible benchmark of HR professionalism . . . [T]hrough this Code, the Institute acts as monitor of the highest standards of behaviour and practice in the HR profession. Your membership commits you to upholding and maintaining these standards, and is dependent on your agreement to comply with all reasonable requests the Institute might make to investigate alleged breaches of the principles or spirit of the Code . . .

. . . and comes complete with a complaints and disciplinary procedure. Sure, okay, the wording creates enough “outs” for a cricket tournament but there is one provision which Rachel might like to take a look at. It affords the President the ability to make a complaint against a member on behalf of HRINZ and, if ever there was a need to do so to protect the blossoming human resource field surely it was revealed on Monday’s decision by the Human Rights Tribunal.

The Tribunal’s findings regarding the treatment of a “human resource” by NZCU Baywide’s Human Resources Manager  Louise Alexandra – IMHO and layperson’s reading of the documents – make it abundantly apparent that there has been a significant breach of all four tenets upon which the HRINZ’s Code of Professional Conduct (Codes of Practice) is based. Specifically, I suggest that Louise Alexandra has been found to be unable to sustain the Professional Competence and Behaviour, Ethical Standards and Integrity required of a Representative of the Profession providing Stewardship of people operating within her sphere of influence.

The behaviour at NZCU Baywide presents HRINZ with a rare opportunity to demonstrate that it is, as it claims to be, a body made up of professionals who are serious about their work, concerned about the maintenance of standards, and intent on ensuring as far as possible the safety of others in the realm within which they operate.

63 comments on “Is Human Resource Management in New Zealand Ethical? ”