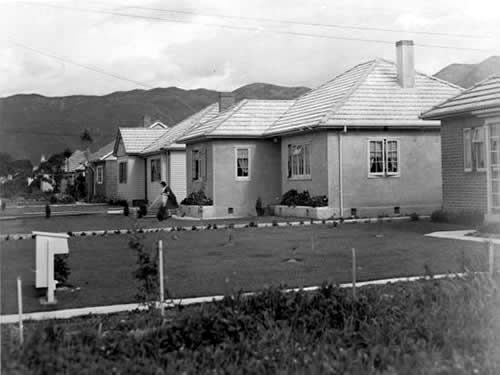 When in September 2017 the new Minister of Housing first opens their office door, where do they start? Heading into winter again, few dispute the housing crisis. But the musculature of state needed to shape the whole of New Zealand’s built form no longer exists.

Even if Labour were to start the Affordable Housing Authority from day one, it would be as a letterhead and not as the vast dealing, financing, constructing, and selling machine needed to get 100,000 dwellings built.

They need not look at MBIE. What used to be the Ministry of Economic Development, champion of the Growth and Innovation Framework, is now an over-full orchestra with too many soloist duties, no score, no conductor, and no reason to even perform.

Certainly no point turning to Housing New Zealand. The future progressive government will be shrunk back to a Department and simply coordinate its services with MSD. Its focus is solely to be social need.

No, the closest model is NZTA. This massive and largely self-funding behemoth is the result of multiple bureaucratic mergers. It has land acquisition powers. It has regulatory and prosecutorial powers. It has a Board with $500 million delegations for decisions before it needs to call up the Minister at all. It has developed a sophisticated common accountability and co-funding framework structure with every single local authority. It has billions and billions of assets under construction and management. Its 1,400 highly qualified staff are the centre of engineering practise in New Zealand. NZTA is the AHA model.

NZTA holds the New Zealand construction industry in a hard grip. They’re no mere Urban Development Agency: they are the largest state-directed monopoly in the country.

A wise Minister would prepare themselves for the necessary executive power by averting their gaze from mere developmental instances like Hobsonville, Christchurch, or even Melbourne.

Instead, they need to prepare a machine of such formidable scale and power that monopsony materials suppliers quake, construction companies fawn like teenagers at the Elvis Comeback Special, and the power of their housing developments shapes whole landscapes with the same bulldozing flex and grunt as the entire Roads of National Significance programme.

Only an Affordable Housing Authority that can match NZTA will be able to bend NZTA’s will away from its tarmac-focussed gaze. If you don’t believe me, it took about 2 years from Auckland Transport’s existence to make it clear to its putative Council owner that it did not give a damn and would follow the money – government money – above all else. AT, like NZTA, have become a major part of the housing problem and they answer to no one for it.

Only an entity of the scale and momentum of NZTA could make itself so indispensable that any future government would add it to the growing cross-parliamentary social compact alongside ACC and NZSuperannuation. It must endure.

Only this kind of beast would have a hope of staring down and co-opting what Jane Kelsey has observed as the unholy alliance between banks, insurance, and real estate that saturates and bedevils our society’s capital and attention. They will not give up without either a fight or generous deals, and they are bigger than our government.

I do not yet have confidence that the Opposition understand this spectacular executive and commercial deficit they face to enact their housing policy. If housing is ever again to be wrested from total market control, they must.

129 comments on “Is the Labour Housing policy even possible? ”