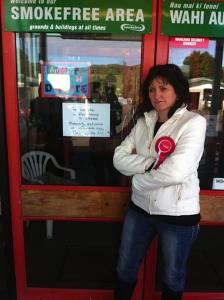 Richard Harman has blogged on Politik on proposals for a right wing third way think tank being formed in New Zealand.  The think tank is apparently to be modelled on the British Organisation Progress which is a UK based think tank associated with the Labour Party espousing a Blairite third way approach to politics.

Quin has for some time advocated for a third way approach to progressive politics and has been a trenchant critic of the Labour Party in recent years.  About the proposals for organisational change for the party which recently emerged Quin is quoted as saying:

Because of its first past the post voting rules, Labour’s governing body is already a mono-factional behemoth incapable of promoting anyone but their own.

Adding an additional committee made up of handpicked members, unelected and unaccountable to party members, to vet potential candidates is not only needlessly bureaucratic; it is flagrantly undemocratic.”

His complaint is difficult to understand.  The last time I checked all positions were democratically elected by members and there are representatives of every significant group on the party’s Council.  I agree there are no rabid right wingers there but it is the Labour Party.  We do have standards.

Josie Pagani thinks that the organisation has an important role to play so that more progressive policies can be enacted.  From a recent blog:

What has now happened is that the National Party has been able to achieve a benefit increase by cutting a policy priority the left would not have chosen.

But in order to win, we first have to make some tough calls, and we need to do it now in opposition to earn back the trust of the public.”

What those “tough calls” are have not been identified as yet.  Hopefully they can be detailed so that there can be a rigorous analysis of their ideas.  And I wish Pagani would stop using the right’s framing on issues.

Apart from an obvious philosophical difference the most frustrating thing for me with a Blairite third way approach is its insistence on triangulating issues.  Being a pale insipid pink is thought to be sufficient.

And the basic problem is that the issues that our world face are so huge that a slightly more benign approach is not going to solve them.  How are we going to deal with climate change for instance by making the ETS slightly more efficient?

The last attempt at formation of such a group, the infamous backbone group in the late 1980s ended in the formation of the Act Party.  Harman reported that there was a heated discussion in Caucus about the current proposal.  No doubt some MPs are keen to avoid past experiences.