Is this the impossibility turning point? 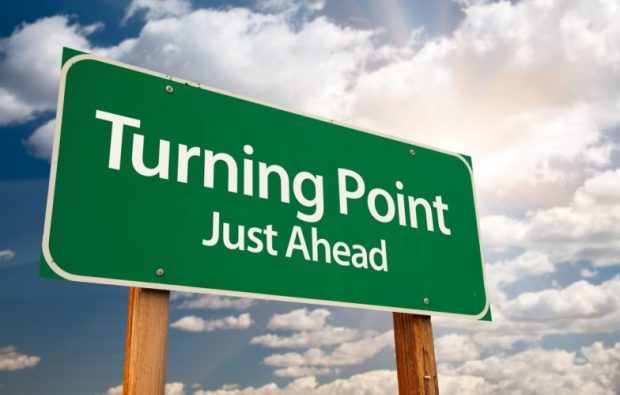 There’s a wonderful fiction still propelling the world that the 21st century will bring an ever-expanding arc of freedom and prosperity to the vast majority of humanity. Can we stay liberal, rich, and democratic?

As during the oil crisis of the 1970s, we appear to be entering a great questioning of this inevitability. But where that great surge of questioning progress built on liberative movements from a decade earlier, this decade of questioning is arising from governments propelled by hard-headed democratic initiatives.

Liberalism and democracy are fuzzy words. Modern liberalism is a product of the 19th century. And it is hardly a clear concept with an accepted definition. Does it mean individual rights? If so, which? Does it mean a set of social mores that defines and contains that power of government? If so, what are they?

Does it mean religious tolerance and a society open to all ideas, no matter how challenging? My thumbsuck is this: liberalism means that the state should be strong and reflexive enough to defend and expand the realm of personal freedom, where freedom is defined both against the constraints of want and harm, and towards a generous, generative and thoughtful life.

But the critical factor is this: the argument for liberalism and democracy has rested on economic success. More wealth for more people has been generated in societies calling themselves liberal, democratic, and capitalist. The fusion of economic prowess and national strength have seemed to make an iron-clad case for the unique machine of democracy, liberalism, and capitalism.

Since World War Two, more bodies have demanded more stuff. Since democratic societies loosely organized around the fuzzy idea of liberalism practicing what came to be known as market capitalism were actually pretty good at making more stuff (food, clothing, shelter), the idea crystalized that history had reached its apogee. In other words, it doesn’t get any better than this; no system is better at providing for basic needs and wants the Western liberal democracy. And thus all countries should inevitably move toward this form of governance.

But we can all see the picking away at this knot of political, social and economic promise. Maybe it’s going to be as big as the 1970s, or as big as the 1989-1995 waves of reform after the fall of communism. Lots of maybe’s.

On the left we have become accustomed to prophecies about the unravelling of our modern order through resource exhaustion and climate change. But we haven’t heard such revolts against the myth of the ever-expanding arc from the hard right. We have now. Those revolts are the most successful movements around.

It’s almost banal to compare how close traditional left melancholy now is to the right’s own populist melancholy in sensibility and effect. The revolt is against the great ever-expanding arc of the inevitability of freedom and prosperity to the vast majority of humanity: they want those benefits limited to themselves. But I’m not proposing simple categorical collapse. I’m signalling that kinds of revolt could have similar signals.
In the next decade there will be no increase in pan-regional cooperation. The first moment to breaking the old arc is to see retreat to nation-state borders. Given the current turn to protectionism and currency wars, lights are going out.

So in the retreat to the remaining functions of the state, New Zealanders can re-state useful lessons to tell the world. Before any leader proposes yet another great set of structural economic reforms such as massive tax breaks and spectacular deregulation, check out New Zealand. We were the most courageous experiment in structural reform. It led to large spending and tax cuts, the sale of state-owned enterprises, cuts in subsidies and tariffs, and deregulation of industries. There were plans for a flat, low tax rate. After a wave of business collapses and bank failures, however, the program was quickly wound back. The government was rejected at the ballot box and took more than a decade to return to power. Today’s reformers won’t fare much better.

The second lesson we can offer is the results. After all that reform, all that promise, thirty years later we are not paying our way.

Decades after the promises of greatness were made – from Prime Minister Lange, we are not a country of spectacular weightless innovation. Nor are we prepared for a world of retreating globalisation. I don’t need to tell you gentle reader about our distribution of wealth and poverty, jails, child poverty, and suicide either.

Much of the democratic world is ushering in governments from an intuition that the sustained exclusion of common people from common benefits, and their lowered expectations, are lowering still further.

Is this heading towards the wheels coming off the great machine of liberal, democratic, capitalism society as a self-replicating machine? Nothing is inevitable, but the old machine seems in fast decline. Both left and right can now see it. Is this the impossibility turning point?

49 comments on “Is this the impossibility turning point? ”