Is youth the new political divide? 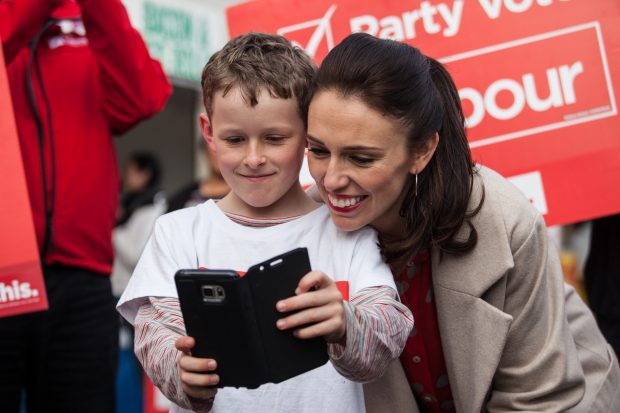 There was this fascinating recent panel discussion on Guardian Weekly where the panelists discussed where the political divide in the United Kingdom currently is.  The panelists claimed that notions of class politics they though were breaking down.  Brexit showed many working class areas, apart from Scotland, voting leave while more urban areas with younger populations such as London voted heavily to stay.  And the surge in Corbynmania was clearly because of young people getting out and voting.

For most of the 20th century, British politics was a battle of left v right. There was a clear divide between those who favoured more state intervention and those who preferred freer markets. The parties tended to split neatly on the issue: Labour on the left, Conservatives on the right.

But things are no longer that simple, at least according to research from a new thinktank, Global Future. To understand the seismic convulsions of Brexit and last year’s general election, it says, you need to look at politics through a different lens: open v closed. That is, those who are open to immigration, new technologies and new ways of doing things versus those who are worried by those things.

This graph from YouGov says it all. 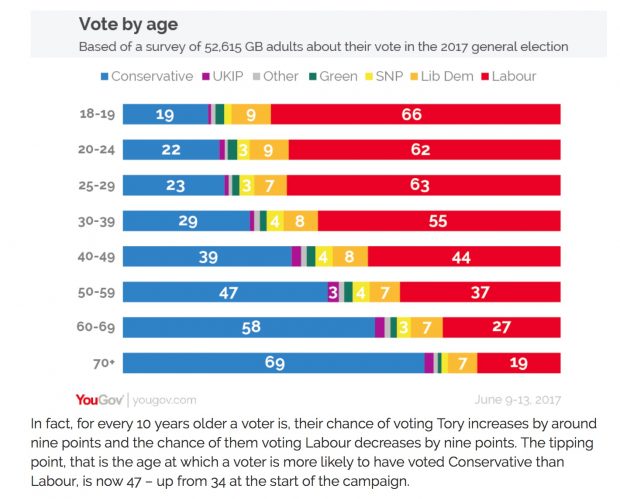 I am not sure if the discovery is so revolutionary.  The change itself is somewhat evolutionary.  It used to be that the demarcation lines for political support were based on class.  But continued attacks on the trade union movement in all western democracies have seen their power ebb and notions of class diminish.

But it is not as if the support has then been coopted by the right.  Rather support has been spread around many different movements, most of which are at least nominally progressive.  Just think of the LGBT movement and the environmental movement.  Think also about the surge in cultural pride and the acceptance even celebration of cultural diversity that occurs.  These are ideas and concepts that are traditionally associated with the left.  The right will embrace them as well, but only when it realises that political power depends on it.

What about in New Zealand.  Are we also seeing evidence of a Youthquake?

The evidence is mixed.  This is from an article from Newshub where the topic was discussed after the results for the 2017 election were published:

Fears of a ‘youthquake’ at this year’s election were unfounded, with young people no more likely to vote in 2017 than in 2014.

“You have to remember the commission’s figures are a percentage of the enrolled voters,” Grant Duncan of Massey University’s School of People, Environment and Planning told The AM Show on Thursday.

“Of the 18 to 24-year old group, only 72 percent are actually enrolled – therefore only half of them voted.”

Combining the Electoral Commission’s data with population figures from Statistics NZshows only 47.6 percent of 18 to 24-year-olds voted in the 2017 election. In 2014, it was 47.4 percent – almost exactly the same.

The article does however miss the point that more young people voted and it also does not comment on how they voted.  And the rate of increase in the numbers of young people outstripped the overall population increase.  So an increasingly progressive vote can at least in part be put on the young.

And do young New Zealanders match their overseas equivalents?  It appears they do.  From a post by Bryce Edwards in the Herald just before the 2017 election:

The strongest evidence of a powerful age dynamic coming into the election campaign came out of the most recent 1News Colmar Brunton opinion poll for, which showed that “67 per cent of 18-34 are voting or intending to vote Labour” – see: ‘Something’s clearly going on here in terms of this idea of a youth quake’ – Corin Dann on huge new Colmar Brunton poll.

Labour’s incredibly success with youth is also shown in two other surveys that have just come out. Survey firm SSI was commissioned to run a poll for Newsroom, which also showed that 65 per cent of 18 to 24 year-olds intended to vote Labour, with only 14 percent of this group favouring National – see Tim Murphy’s Labour opens gap with women, young.

And progressive parties have always been at the forefront of the recognitions of diverse rights associated with race, creed, gender and sexual preference.  And young people also tend to relish these values.  On the other side conservatives resent change and have to be persuaded, over time, that respect for these rights is actually a virtue and not a threat.

The job for Labour and the Greens will be to continue to attract the support of young people, get them enrolled, and get them active and passionate about politics.  And the job of National will be to reach out to them while at the same time keeping its older support.

44 comments on “Is youth the new political divide? ”