Jackal: A conspiracy theory too far

Just over a month ago, the Prime Minister of New Zealand claimed that an award-winning writer was nothing more than a “screaming left-wing conspiracy theorist” and in so doing hoped to dismiss all his exceptional work that documents the National parties repugnant and unconstitutional behaviour. The writer is of course Nicky Hager. 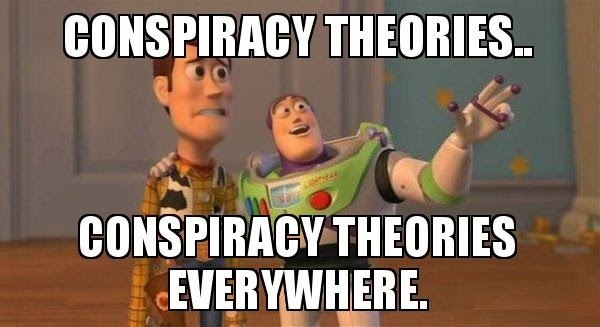 This seemed like a rather silly claim for John Key to make, especially once some verifying emails were released to corroborate the information contained within Hager’s exceptional and groundbreaking book, Dirty Politics. Unfortunately for the National party, John Key’s argument hasn’t progressed much since his initial reaction.

At the time, John Key also implied that the book was somehow linked to opposition parties and should therefore be dismissed out of hand. This was picked up by a number of his fans, such as Cameron Slater, who penned perhaps the best conspiracy theory so far in this election:

We can assume that Labour deliberately chose “Vote Positive” as their election slogan in full knowledge that Hager manufactured Dotcom fed book would confirm everything for them.

It doesn’t seem to matter to Slater that there’s a complete lack of any evidence linking Labour’s ‘Vote Positive’ campaign message with a book they likely had no idea was being written, or the fact that the author of that book has been very specific about the source not being Kim Dotcom. Cameron Slater, like so many other psychopaths before him, is simply judging other people by his and his affiliates very low standards. 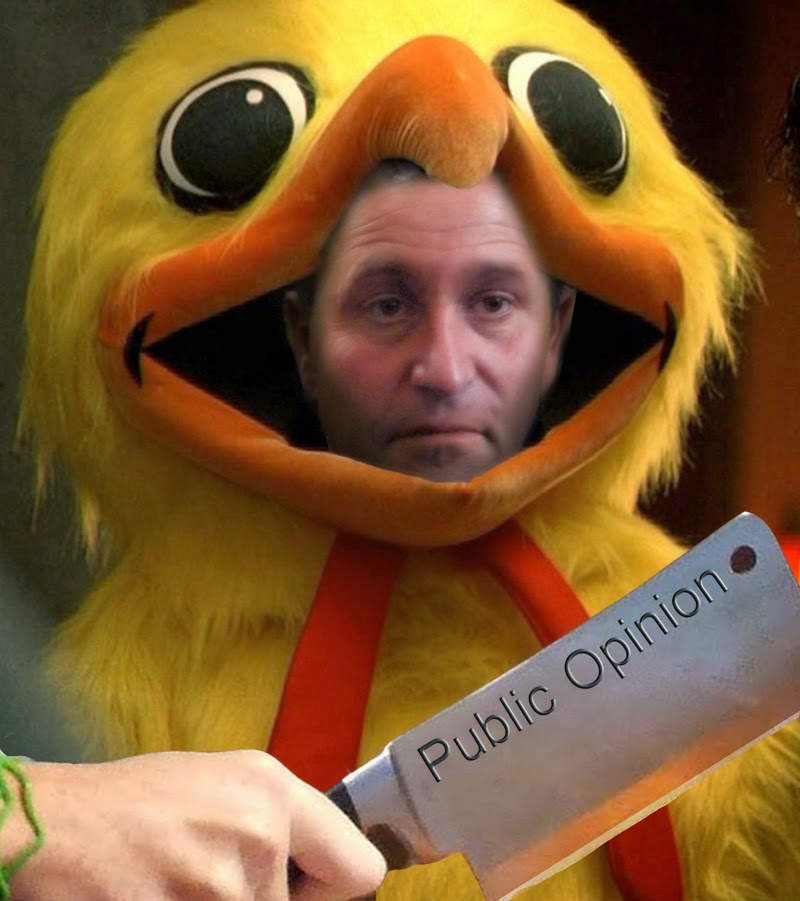 Instead of basing his opinions on reality, the ever-deluded blogger runs with a conspiracy theory that should in the very least have him become an honorary member of the Conservative Party. You’ll recall that their leader, Colin Craig, has had a number of interesting conspiracy theories, including but not limited to there being no manned landing on the moon.

While the evidence clearly shows us there’s a vast right wing conspiracy to undermine our democracy, it was somewhat concerning to see John Key trying to dismiss the topic of the National party passing sensitive information on to their attack bloggers by claiming that opposition parties do the same thing.

As far as I’m aware, there isn’t an ounce of truth to such claims, which would put them firmly in the crazy conspiracy basket.

After all of that, it was hard to imagine the election getting any stranger. Then the Moment of Truth happened, which once again had the right wing going out of their minds attempting to clasp imaginary straws in the hope of formulating a coherent countermeasure.

John Key, in his utter contempt for journalism as a profession, claimed that a Pulitzer prize-winning US journalist had a vested interest in stealing the election off of National. He’s doing it for money, Key had accused, while Glenn Greenwald had already arranged for his speaking fee to be donated to charity.

‘Kim Dotcom’s bombshell failed to go off’ the mainstream media hollered, so nothing else revealed is true some of them claimed. ‘Let’s all just focus on Kim Dotcom getting angry about us not doing our jobs’ a number of National party lackeys reported, while not doing their jobs. ‘The Edward Snowdan segment was pre-recorded’ some right wing idiots claimed, which completely ignores the fact that he interacted with and talked directly to other participants at the live Auckland Town Hall event.

So desperate was the Prime Minister to find some wriggle-room, just hours before the Moment of Truth event took place, John Key threw a straw man diversion at the media in the form of some largely unrelated information. Clearly Key specifically declassified sensitive documents outlining the malware system CORETEX in the hope that the impending revelations about the Southern Cross Cable tap initiative called SPEARGUN would be sidetracked or not believed. But perhaps an even bigger PR disaster for the PM happened the next day, when he wouldn’t answer questions about the existence of another spying tool called XKEYSCORE. At the same time a former GCSB director, Sir Bruce Fergusson, seemed to confirm XKEYSCORE’s existence and use in New Zealand. Whoops!

However, the latest bad news for the National party, and their reaction to it, has had the right wing badly in need of a super-sized reality check…or perhaps some horse tranquilizers.

The National Party could be in legal trouble over its use of a song by US rap star Eminem despite its attempts to do everything by the book, a copyright lawyer says.

It was revealed today that Eminem intended to sue the party for allegedly breaching copyright by using his song Lose Yourself in its campaign advertisements.

The Detroit-based publishers of Eminem’s copyrights filed proceedings in the High Court at Wellington today.

It didn’t take long for the conspiracy theorists to start trying to link Eminem’s court action over the National parties copyright infringement of his song ‘Lose Yourself’ with opposition parties. They seem to be so desperate to dismiss any negative press that they’ll make totally unfounded and highly ludicrous claims without a shred of evidence to back them up.

Veritably foaming at the mouth, the National party, their propagandists and deluded supporters are looking decidedly stupid by promoting a bunch of conspiracy theories that are easily disproven. John Key’s only defence seems to be to throw unfounded claims at the media in the hope that the facts will be lost in the ensuing unbalanced spin-fest, which I might add is highly embarrassing for New Zealand.

In my opinion, such diversions and masquerades do not an election campaign make. I also wonder, that after Nicky Hager’s August 13 book release, has Nationals campaign ever really got back on track? Because by all appearances, John Key, like many of his parties policies, looks decidedly unhinged!

See also Chris Trotter’s “A working majority” with an analysis of  John Key’s strange ideas about how he can subvert the results of this election by getting the Governor General to force another election without first seeing if a working majority can be formed on the left.

114 comments on “Jackal: A conspiracy theory too far ”