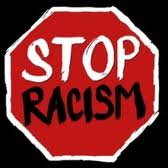 You might recall the hullabaloo around comments reportedly made by Hone Harawira regarding the death of Osama Bin-Laden. Well it turns out that he was misquoted, and the National Business Review article contained inaccuracies.

At the time, Irishbill over at the Standard wrote a great blog post raising his concerns about the misreporting and political response, and he wasn’t alone in those sentiments.

The initial NBR article created a veritable shit storm of further abusive reporting, bigoted blogs and racist comments, with many simply unable to control themselves. Somehow I don’t think we’ll be seeing any apologies for their misplaced accusations anytime soon… but here’s a small sample of the idiotic right wing blogger’s comments:

I’m going to risk Godwin’s Law and ask whether Hone would say the same thing about Hitler. I mean it would almost fit – “Hitler pursued independence for his Germanic people, his family, and his Aryan tribe”.

As to Hone? Ya toast mate – sorry but the only bastards who vote for you are the pricks who seldom piss before lunch so there is no way they are going to get out of their own way to saunter along to the polling booth.

That’s what Alf would have liked doing to Hitler, if he had been old enough at the time. Hone – we may suppose – would have paid tribute to him in his Maori way.

So just three days after Hone said he was com­fort­able with a ter­ror­ist wor­ship­per like Annette Sykes stand­ing for his party of mal-content, haters and anar­chists, Hone him­self is pro­fess­ing admi­ra­tion for Osama bin Laden. Make no mis­take that Hone Harawira is a racist and his party is filled with like-minded racists.

The reaction the misreporting caused didn’t end when Hone made a formal apology… in fact it got worse, which just goes to show that people who can’t speak te Reo should refrain from making racist comments based on their ignorance.

So without further ado, here’s the Press Council’s ruling:

James Morris complained that the headline and thrust of an article published by the NBR online on May 5, 2011, following comments by Independent MP Hone Harawira on the killing of Osama bin Laden, is based on a misattributed quote. The article followed an interview on TVNZ’s Te Karere. The interview was conducted in Te Reo with translations into English provided in subtitles.

The complaint is upheld.

Background
On May 2, 2011 the Te Karere programme featured Hone Harawira commenting on the killing of al-Qaeda leader Osama bin Laden. Mr Harawira, speaking in Maori, said bin Laden was a fighter for “the rights, the land and the freedom of his people”.

His remarks prompted controversy, and a subsequent apology from him about how he had expressed himself. His comments had been seen as support for bin Laden’s actions which was a mistake, he said.

The Complaint
Mr Morris complained that the headline “Bin Laden a Freedom Fighter – Harawira” and the thrust of the story ‘rest on a quote which is attributed in the story to Harawira, but was in fact made by the presenter of the Te Karere programme’.

Mr Morris quoted the following from the article: “But Mr Harawira told TVNZ’s Te Karere on Monday he acknowledged the positive aspects of his (bin Laden’s) life”.

“We have heard nothing but negative things about him from the Americans, but he fought for the self-determination of his people and for his beliefs” Mr Harawira said.

Mr Morris pointed out that this latter quote was not in fact said by Mr Harawira, but by the interviewer.

What Mr Harawira actually said (in response to the presenter’s words) was as follows: “Indeed, despite what the media have said, his family, his tribe, his people are in mourning. They mourn for the man who fought for the rights, the land, the freedom of his people. We should not damn them in death, but acknowledge the positive aspects of life”.

Mr Morris acknowledged to the editor that he was aware that the story had appeared under the NZPA byline.

Mr Morris did not get a response to his complaint to the editor of NBR and the editor did not respond to the Press Council complaint either.

Discussion
The Press Council considers that the headline is acceptable. Mr Harawira did say “Despite what the media said his family, his tribe, his people are mourning, they mourn for a man who fought for the rights, the land and the freedom of his people”; it is not too far removed from that statement to call him a freedom fighter.

However, the report does attribute to Mr Harawira comments actually made by the interviewer, and that is where the NBR went wrong. Since the report was generated by NZPA it was their mistake, and the Press Council has notified NZPA who have corrected it.

If the NBR had responded to the complaint, the issue could have been sorted it out for them too.

The NBR has issued a correction to the story, but unfortunately, the item still attributes the words of the presenter to Mr Harawira, showing them as a direct quote.

This complaint illustrates how immediate action on a complaint can make a difference. In his complaint to the editor Mr Morris, a long time reader of the NBR, acknowledged the authoritative voice of the NBR and stated that loose and sensationalist reporting such as in this article “distracts from hard-earned credibility of your brand”.

The Press Council agrees. This story contained an inaccuracy that could have been corrected very quickly. Furthermore, careful consideration of the complaint when making the correction should have meant that the correction was accurate.

The complaint is upheld on the grounds of inaccuracy.