Jin An – Why I am running for Labour 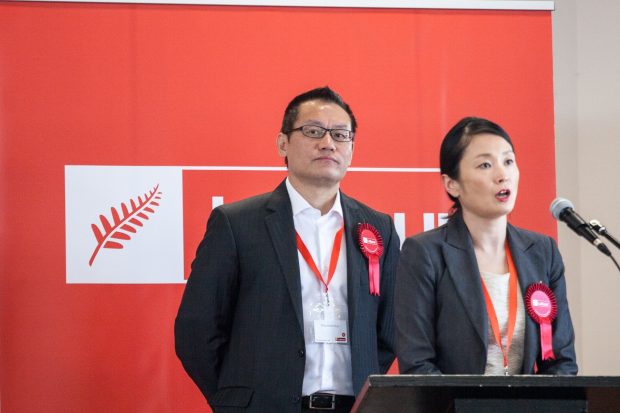 Last week the Labour list came out. As one of the candidates I have met many of the others and it was fantastic to see the list filled with such great talent and energy.

As candidates, one of the questions we get asked all the time is, “What made you decide to run? To pursue politics?” To tell you what made me decide to run for Labour is to, in a way, tell you my story and what drives me.

At our campaign college last month, I was able to share such stories with candidates from all over the country. Despite how each one of us has a different and unique background, I realised there was one thing that was common to us all; a feeling.

Hannah Arendt said that to pursue politics is to pursue freedom. That freedom is raison d’etre of politics. We don’t really see “freedom” appear often in New Zealand politics.

What is freedom? I think it’s a person’s ability to construct their life as a well and healthy individual. But it’s not about being able to do absolutely whatever you want. I think freedom does come with strings attached, as being a person involves living as part of society: humans being social animals and all.

But when people are working overtime to just make ends meet; or left to suffer in sickness due to a deficient medical service; or languishing in visibly worsening traffic week after week, I don’t think you can say that people of that society are truly free. Our ‘rock star economy’ is not visible in the lives of everyday Kiwis yet our government has repeatedly denied the existence of these problems.

And I think that was what tied all of us candidates together. Each of our political drives may have been different but we were all pursuing freedom in one way or another: a truer and better kind of freedom than being left out on the street to scrap for oneself.

Perhaps spending time in Saudi Arabia as a child may have contributed to my “fervor” for freedom; or being an eldest daughter to conservative immigrant parents; or growing up in the thriving multicultural city of Auckland during the colourful 90s.

In law a person is presumed to have the freedom to do as they wish and is made responsible for their actions. But working in criminal courts and community law centres made me realise that people often have to make the best decision out of a terrible set of choices and that some of us are freer than others.

And that is why I’m running for Labour: to help create a freer society for New Zealand: one where options are available for us, and everyone has the material security and health to pursue the life they want.