In the last week there has been some news coverage of UK PM David Cameron’s links to corporate lobbyists.  There is strong criticism of his links with big tobacco lobbyists, via his Conservative Party’s election adviser, Lynton Crosby of Crosby Textor notoriety. This link is part of an extensive international network of business and politics: ones with connections to John Key, who also has bowed to the pressure of big tobacco and big oil.

It is Cameron’s connection with Philip Morris, via Lynton Crosby, that is getting media coverage in the UK this week, with many calling for Cameron to sever his links with Crosby.  It now also includes criticsms of connections to big oil and fracking. 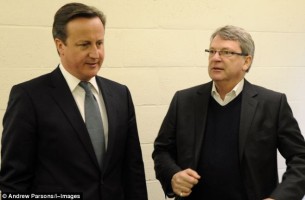 Last year, John Key resisted the Maori Party call to follow the example of the Australian government in requiring plain packaging on cigarette packets.  An article in The Observer on Saturday (UK time) outlines the issue:

David Cameron faces calls from senior Liberal Democrats to sack his controversial election strategist Lynton Crosby over his links with the tobacco industry, as the coalition descended into open warfare over public health policy.

Amid the growing furore, the Tory chairman of the all-party select committee on health, former health secretary Stephen Dorrell, announced that his committee would look into why the government had changed its mind on the question of cigarette packaging.

John Key yesterday said a proposal to require plain packaging of cigarettes and tobacco was not a “slam dunk” because of the risk of legal action by tobacco companies and producing countries.

“What’s John Key’s response in the face of similar pressure? To waver. He has given tobacco giants the motivation to step up their efforts.”

The Green Party is also concerned about the impact the investor-state dispute procedure proposed in the Trans Pacific Partnership (TPP) would have on New Zealand’s ability to protect the health of its citizens. Australia has reportedly resisted the procedure being included.

“Big tobacco can already use trade rules against New Zealand but it would be much easier for them to win under the TPP,” Mr Hague said.

On the same day, Isaac Davison reported on the issue in the NZ Herald, identifying Philip Morris as one of the major tobacco companies putting pressure on governments:

The Australian Government was being sued for its plain packet regime by tobacco giant Philip Morris, which alleged that the new policy breached a free trade treaty with Hong Kong,

New Zealand did not have significant trade with the tobacco-producing companies which were suing Australia, but a WTO case would blemish New Zealand’s trading image.

In the UK, Cameron is now getting criticism related to Crosby’s links with the fracking industry:

Mr Crosby’s lobbying firm, Crosby Textor, represents the Australian Petroleum Production and Exploration Association, an oil and gas lobby group campaigning aggressively for fracking. The association’s chief operating officer, Stedman Ellis, has made headlines in recent months for his outspoken criticism of anti-fracking campaigners, telling one Australian paper: “The opportunity provided by shale gas is too important to be jeopardised by political scare campaigns run by activist groups.”

The association’s members include Dart, the company behind coal-bed methane extraction in Scotland, which holds a fracking licence. George Osborne announced tax breaks for the oil and gas industry just weeks after Mr Crosby’s appointment as a Conservative adviser was announced.

The background to John Key’s connection to Crosby Textor was exposed in Nicky Hager’s book, The Hollowmen, with the relevant chapter being available here.  Hager says that it was more Mark Textor who oversaw management of Key’s 2005 election campaign.

A February 2013 article in The Australian, also outlines the roles of Crosby and Textor in the “dark arts” of political manipulation, mentioning John Key as one of their clients.  It identifies examples of pressure brought by the pair via court cases.  As Lynn posted on The Standard in June 2009, Lynton Crosby unsuccessfully attempted to sue Nicky Hager and Radio NZ for “defamation” in relation to comments Hager made on RNZ.

Nicky Hager describes what went down with this case, showing how Crosby used “defamation proceedings as a political weapon”, following Hager’s exposure of Key’s consultations with Crosby Textor:

When the story appeared on 29 June 2008, National was furious. Key refused to confirm publicly that he was using the company while behind the scenes his media staff attacked me for doing the story. The day after the article was published I was invited onto Radio New Zealand’s Nine to Noon programme and basically repeated what I had written in the newspaper. For unclear reasons, I was sued over this interview (not the article) and the lawsuit came from Crosby/Textor co-director Lynton Crosby (not the other co-director, Mark Textor, who has mostly acted as the advisor for National).

The above linked article in The Australian mentioned Crosby’s links with ex-UK Conservative Party campaign manager, Mark Fullbrook, who along with his wife, has extensive influential networks of “business and political contacts”.  These seem to be part of the Networks of Influence that John Key likes to insert himself into.