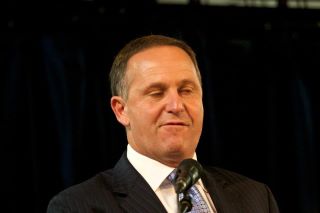 You have to hand it to John Key and this National Party.  It appears that they are economic miracle makers, able to  make money go way further than it should do and capable of, a la loaves and fishes, making what is left more than what was initially introduced.

What makes me say this?  Their ability to stretch the Future Investment Fund to extreme limits.

I must admit that I was initially opposed to the selling of the SOE shares.  After all their return were about 15% or so and it was proposed that the proceeds would reduce debt on which the Crown only paid an interest rate of 5% or so. I thought the idea made no financial sense whatsoever.  Indeed I thought that the phrase “financial lunacy” was applicable.

But I was not aware of the miraculous powers that the Government had to make the money last and last.  Two reports suggest the Government has decided to spend or is thinking of spending the sale proceeds of the share floats on the following projects:

This is a total of up to $4.9 billion of spending not including Auckland’s other transport assets and they have only earned $1.7 billion so far.  The Meridian share sale, worth possibly $2.4 billion, is looking sick on it and Solid Energy is looking positively anemic.  It was thought that the share sale could be worth a billion or so.  If you take these figures off the top end estimate of $7 billion for the sale proceeds you have only $3.6 billion.  And the Government previously promised to reduce debt by an estimated $6 billion dollars and to stave off a credit rating downgrade!  Unfortunately the credit rating downgrade occurred anyway. Those overseas Credit Assessors obviously do not appreciate the extreme skills that John Key brings to the job.

This truly is a miraculous result by this Government.  Of course there is no reason to think that they will not succeed.

Yet it has been redacted in this Budget document …

Why could this be?