Our sources tell us National is set to follow-up to last year’s DVD â€˜John Key: Vacuous for New Zealand’ with its sequel â€˜John Key: I won’t bite, promise’.

â€˜Vacuous’ was withdrawn after The Standard and Kiwiblogblog revealed that Key had illegally used Coldplay’s â€˜Clocks‘ as the theme tune. National and Coldplay’s record label are reported to still be in talks over how much National owes in damages for breach of copyright.

But Key doesn’t seem to have learnt from the experience. Our mole has provided us with evidence that the theme tune for â€˜Bite’ will be a rip-off of REM’s new single, ‘Hollow Man‘.

As with Clocks, Key plans remove the lyrics to ‘Hollow Man’, including the line “Believe in me, believe in nothing”, and make some other subtle changes, as revealed in this exclusive image leaked to us from Key’s office. 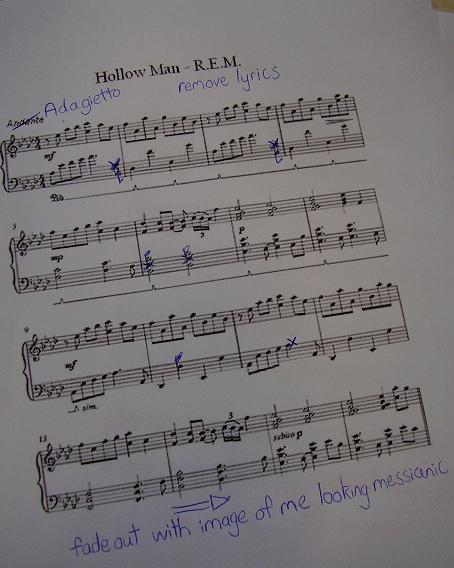