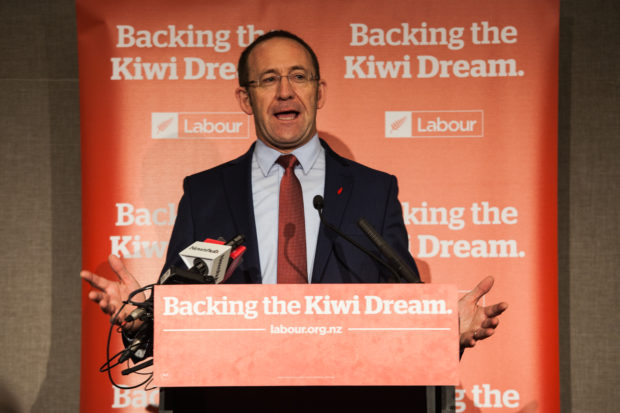 Yesterday in the Herald John Roughan offered some thoughts on Labour on the event of its birthday, some of which I agreed wholeheartedly. He is someone who is often criticised by the left but he is capable of very complex views on matters and occasionally his writing is quite beautiful. This editorial contained passages that qualify for that description.

He started off by offering a historic perspective of the party.

Labour is the party of most of our writers, historians, artists, educators and creatives. It may have spent more of its century out of power than in it, but there is no shame in that if you are the party of courage and change. The towering figures of our 20th century politics are nearly all Labour prime ministers, possibly larger in death than they were in life in some cases, but that’s fine. The view we take of leaders once they are no longer vying for our votes is usually more accurate, fair and balanced than the contemporary argument was.

So I was looking forward to a deluge of books, film, ceremonies and seminars this year about Labour’s beginnings in the coalmines, ports and railways of early last century, its formation in World War I and its struggle to emerge from the three-sided politics of the 1920s.

That would make a keenly interesting study for a generation that has never seen its like though it is ever possible under MMP.

I thought we would be treated to reassessments of the Great Depression and the first Labour Government, the party’s golden age. Michael Joseph Savage and the Social Security Act 1938 are still Labour’s mythic touchstones and rightly so. They were so popular they kept that Government in power for 14 years, longer than any in New Zealand since.

The party has been engaged in events and ceremonies where all of these things have occurred.  That the media has not picked up on them more is more to do with the media’s imperatives rather than the importance of the occasion.

Labour can even claim to have given birth to the National Party, formed in 1936 when the non-socialist liberal and conservative parties realised they could not match Labour’s appeal separately. Labour defined mainstream politics in New Zealand for the next 50 years. National could not win power until it convinced the country in 1949 it would not dismantle social security.

One of the prevailing successes of the first Labour Government is that it shifted New Zealand leftwards almost permanently.  It has taken sustained attacks by neoliberalism over many decades for the protections placed by Labour to be eroded and dismantled.

National won most of the elections through the 1950s, ’60s and ’70s by matching or outbidding Labour on benefits, culminating in Muldoon’s 1975 National Superannuation scheme which, as he boasted, paid the universal pension Savage had wanted to deliver. Savage had realised the country could not afford it.

Key clearly recognises this.  Under Don Brash National failed to win.  It took Key’s assumption of the leadership and a series of speeches and photo events about the crises of housing and the underclass before the 2008 election to persuade people that National was now just as concerned as Labour about poverty.  Eight years into their rule and this concern was clearly less than heartfelt.

Centennial reflections could have challenged one of the enduring myths of politics in most countries, that the left is more loose with money. It is not true. Labour governments, like most working people, are more cautious with money than people in business, less comfortable with debt, more likely to live within their means, matching spending with taxation. The second Labour Government, led by Walter Nash, was defeated for raising taxes in a “black Budget”, as National labelled it. National wrote red budgets through the prosperous ’60s.

And Michael Cullen paid off the country’s debt, leaving us well placed to weather the global financial crisis and the Christchurch earthquakes.  It is galling that National still uses the “decade of deficits” claim which has as much substance as National’s claim to be concerned about the homeless.

Times have changed and Labour has changed. Kirk was its last working class leader, though Mike Moore might challenge that claim. The post-war generation that grew up in Labour’s welfare state, the first generation to be given easy access to higher education, came to government as economies were becoming crippled by excessive protection, regulation and taxation.

It fell to Labour, the party of equality, to open the doors. The refreshing winds of competitive markets were as much a shock to farmers and business as to Labour constituencies but they adjusted and, 30 years on, few outside Labour’s constituencies look back.

I suppose Labour still finds it too hard to look back but what a pity. Fundamentally, politics is the tension between economic energy and social equality. The right balance is always arguable and Labour argues for equality, as it always did.

Rogernomics was a mistake and a bad one.  In Australia where neoliberalism was not so passionately embraced the country did perfectly well thank you very much and has outperformed New Zealand in wealth terms.

So thanks for the birthday wishes John.  I agree that Labour is the party of most of our writers, historians, artists, educators and creatives, although it is as well as the natural home of our diverse ethnic communities and of the trade unions and of any collective organisation.  Labour did move National to the left and National can only compete when it adopts the veneer of being a sort of Labour light, and Labour governments are better handlers of the economy despite mass propaganda to the contrary.

And of course Labour should argue for equality.  It always has and it always should.