Twitter today is finding its own way to express exasperation with John Key declaring that Aotearoa was peacefully settled.

Apparently the New Zealand Wars were just another Rugby analogy to John Key.

Parihaka was a Herbs song.  Gate Pa? Well he probably hasn’t heard of it. 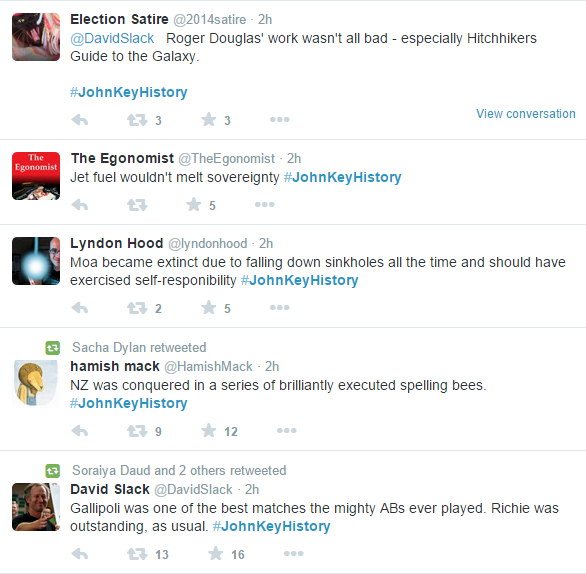