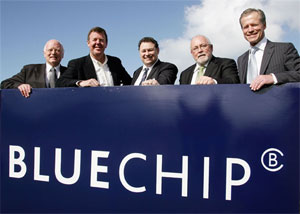 The company is in the news again today, and not just for allegedly breaking a sting of laws.

The couple featured in the article have lost their home and hundreds of further ‘mum and dad’ investors may still lose their savings.

Blue chips associations with the National Party don’t end with Lockwood though. It turns out that Blue Chip has more than its fair share of National Party connections – and not just casual ones forged over a couple of rounds of golf by the looks of things.

I wonder how much knowledge Burqa Bob had of Blue Chip’s dodgy investment practices when they sponsored his stadium. We’d certainly see his crocodile tears in a different light.

I wonder if Blue Chip or the people associated with them ever donated to National Party campaign funds by way of an anonymous trust?

I wonder if they ever donated to any individual candidates?

Given National’s recent apoplexy over the non-issue of a fully disclosed donation of $8000 by Owen Glenn it would be good for the sake of transparency if National MPs came out and said what kind of contacts they have had with the Blue Chip board members.

For the sake of completeness it might also be good if the ex-National Party MPs outlined their roles in the events leading up to the collapse of the company.

The investors who have lost money are at least owed that.