Just another typical week in US politics 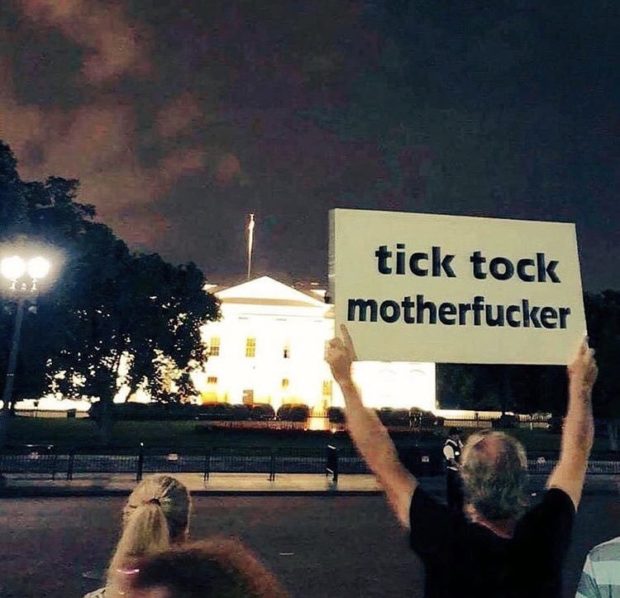 I seem to have been saying this about American politics for the past couple of years or so.  But what an amazing week it was in American politics.  And the question has to be asked, how is it that Donald Trump is still President?

All roads lead to Russia.  Basically and this must be crystal clear by now, Trump relied on Russian hacking of Hillary Clinton’s email server to run riot during the campaign and accuse her of all sorts of things.  Exactly what I am still not sure but it sure did fill in media space.

And when FBI director James Comey announced during the 2016 election campaign that Clinton was being investigated it seemed to give Trump the momentum to get him over the line.

But this has caused intense blow back from the US machine, I mean why wouldn’t you be concerned if the Russians were able to manipulate the election result?  They might get an idiot or a madman or both elected.  Just for laughs.

During the campaign Trump did not seem to think that it was a problem.  After all the Russians were backing him.  Subtleties like accepting their support might be potentially treasonous was lost on him, such was his desire to win.

But as time has gone by he appears to have realised the enormity of what has happened and has done the only thing possible in Trump world, and try and cover it up.

Hence the pressure on the Ukranians to open up an investigation into Joe Biden.  This had the dual benefits of allowing him to blame Ukranian actors for the Clinton server hacking and say it was them and not the Russians.  And it potentially hobbled who appeared to be his most difficult opponent in the forthcoming election.

The response has been slow but appears inevitably to be heading to a bloody denouement.

There was the Mueller Report with its damning conclusion that the Russian Government interfered in the 2016 presidential election “in a sweeping and systematic fashion”.  And Mueller summarised eleven instances in which Trump may have sought to obstruct justice even though he may not have succeeded.  In the report’s words:

The President’s efforts to influence the investigation were mostly unsuccessful, but that is largely because the persons who surrounded the President declined to carry out orders or accede to his requests.”

The Mueller investigation has resulted in some people closely associated with the Trump campaign either serving time or facing the prospect of doing so.

Paul Manafort was convicted for bank and tax fraud and crimes related to his work as a political consultant in Ukraine.  Michael Cohen was convicted of tax evasion, bank fraud, lying to Congress and campaign finance violations. George Papadopoulos was convicted for lying to investigators about Russian contacts.

To add to this list is former Campaign lead Roger Stone who has just been convicted on seven counts of misleading Congress.  If you want to read a scathing analysis of what he did wrong and the implications for the Impeachment inquiry then this piece by Charles P Pierce at Esquire is a stand out piece of writing.  Short version he says that Stone’s morality is such that he would engage in marital relations with rodents for political gain.

Professional ratfcker Roger Stone, a blight on American politics for five decades, has fcked his last rat. On Friday, during a recess in the committee hearings into one of his former boss’s other abuses of power, Stone was convicted on all seven counts on which he’d been called to the bar, and no sartorial cock-of-the-walk narcissism can save him this time.

I remember being nauseated watching him get treated like a star at the Republican National Convention in 2016, and even more deeply nauseated watching him gallivant around the Capitol dressed like Mr. Peanut’s evil twin during the inauguration that same year. For all his celebrated “eccentricity,” Roger Stone is what democracy finds stuck to the bottom of its shoe on a hot summer’s day. Your time in the barrel has come, Roger, and the barrel’s gone over the falls. The bell has tolled. The cock has crowed, and maybe it wasn’t a good idea to spend the entire pre-trial period playacting the role of political tough-guy at the expense of the judge who now will sentence you on all seven counts on which you were indicted.

This was a big win for Robert Mueller, whose reputation as an investigator has been badly battered in recent weeks as it has become clear that his strict-constructionist view of his mandate left him incapable of confronting the limitless vista of corruption that is this administration. His prosecutors needed this one to validate their work. In addition, Stone was nailed for lying to Congress, which has to give pause to the people who will be testifying in public next week. (Hi, Gordon Sondland!). The conviction further validates the view that the Russian Story and the Ukraine Story are parts of a reeking whole. The entire noxious fabric is unravelling almost by the hour.

Stone has been using Alex Jones to send messages to the President that he should be pardoned.  The plan is that crazy you never know it just might work.

Because Trump has recently used the presidential pardon for some unusual people.  Like the former US army commando set to stand trial next year in the killing of a suspected Afghan bomb-maker and a former army lieutenant convicted of murder after he ordered his men to fire upon three Afghans and killed two.  And just for kicks he ordered a promotion for a Navy Seal convicted of posing with a dead Islamic State captive in Iraq.

And if you think that things are getting really strange details have been released about a White House meeting between Rudy Guliani’s mates Lev Parnas and Igor  Fruman and the President where the order was allegedly given to get the Ukraine Government to dig up dirt on Joe Biden. 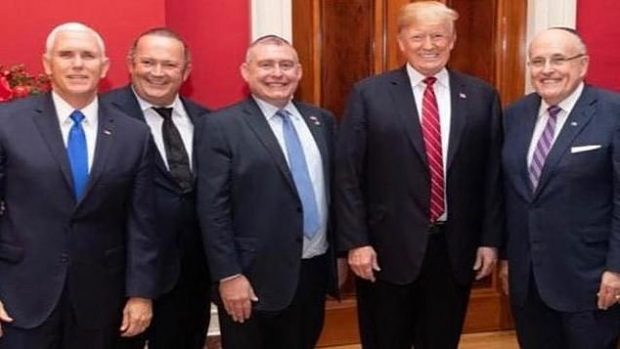 Maybe Trump is right.  Maybe there are hundreds or thousands of Ukraines who think that Trump has told them to go and get that dirt on Biden.  Maybe Trump had forgotten them even though CNN has tracked at least ten occasions where Trump met with Parnas and Fruman.

Trump has thrown Guliani under the bus by telling reporters they should talk with Rudy about Parnas and Fruman who are currently facing charges including conspiracy to violate the ban on foreign donations to federal and state elections, making false statements and falsifying records.  Rudy says he has insurance.

And the circus that is the Impeachment hearing is in full swing.  The right is trying to say that it is boring and there is nothing to see.  The evidence is dry and detailed.  But if you are not concerned then you have not been watching closely enough.

The Republicans are putting up a fight and trying to disrupt and divert attention and no doubt the Republican Senate will refuse to impeach.  But it going to be fun watching them squirm and deny.  If not deeply worrying.

38 comments on “Just another typical week in US politics ”