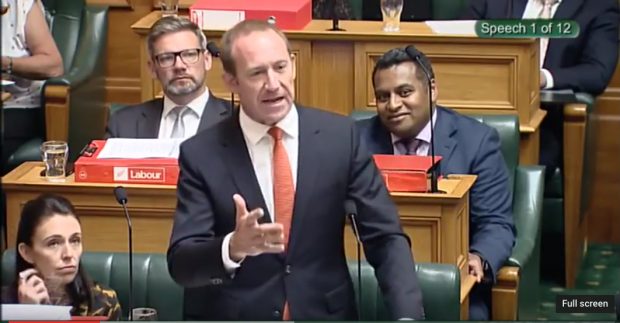 What a difference a month and a new Government makes.

The last Government decided to award Teina Pora the sum of $2.5 million for the loss of 20 years of his life which he spent in jail for a crime he did not commit.

It relied on cabinet guidelines established in 2001 which suggested that a figure of $100,000 per annum was a starting point for the calculation of compensation.

But 16 years later the failure to adjust for interest made these guidelines increasingly unfair.

When Pora and his supporters originally questioned the failure to allow for inflation John Key said this:

Prime Minister John Key says if Teina Pora’s not happy with his payout, he can turn it down — but the Government has a “very strong case” against having to pay more than $2.5 million.

There has been widespread criticism of the Government’s announcement on Wednesday that Mr Pora would be compensated $2.5 million for the two decades he spent in jail for crimes he didn’t commit.

The exact figure — $2,520,949.42 — was calculated by retired High Court Judge Rodney Hansen QC, and accepted by Cabinet, which has the final say on any payout.

“Does he have to accept it? No,” Mr Key told More FM this morning. “He can go through a legal process and challenge that.”

If he does though, Mr Key says Cabinet has a “very strong case” against having to pay more — the figure was calculated independently of Cabinet, according to guidelines set up in 2001.

Pora applied successfully for Judicial Review of the case essentially on the basis that the advice to Cabinet not to follow Rodney Hansen’s recommendation that the payment be inflation adjusted was faulty.  Cabinet was effectively invited to reconsider the matter.

Fast forward to today and new Justice Minister Andrew Little has shown that he is determined that Teina Pora should be properly compensated and has ruled out the possiblity of an appeal which the previous Government floated.

Teina Pora, who was wrongfully imprisoned for 20 years, will receive an extra $1 million in compensation, Justice Minister Andrew Little has announced.

Pora was wrongfully convicted of the 1992 rape and murder of Susan Burdett. He spent 20 years in jail before being released on parole in 2014.

The Privy Council quashed his convictions in 2015, and in 2016 he received $2.52 million and a government apology, but the High Court ruled that the amount should be adjusted for inflation.

The previous National Government had reserved the right to appeal.

“Additionally Pora will receive $45,000 in costs from his successful judicial review of the last National Government’s refusal to inflation adjust.

“Teina Pora was the victim of one of New Zealand’s worst miscarriages of justice. He was robbed of more than two decades of his life.”

“He was robbed of more than two decades of his life, languishing in prison for crimes he did not commit. These were years when Mr Pora could have been working to build his future and his family.

“I am grateful to Teina Pora for his positive engagement with the new Government, and we wish him all the best for a better future.”

“I’m pleased to say that this matter is at an end … now justice has been done.”

13 comments on “Justice for Teina Pora ”