At the same time as Russel Norman was laying out the Key Government’s flagrant disregard for democracy in powerful terms (and weren’t the Right’s pundits quick to circle the wagons around Key after that?), a poll was out showing the public is agreeing with Norman’s view of Key. 43.5% of Kiwis trust Key less than a year ago. 49% think its time for a change of government.

The truth (confirmed by the howls from Farrar, Slater, and the like) is that Key is acting more and more draconian and unaccountable. He is making dirty deals for his mates; overriding local democracy in Auckland and Canterbury; passing country-changing legislation under urgency, while withholding crucial information and, sometimes, by a single vote; breaking promises to the electorate like MMP reform; and turning up his nose at popular private member’s bills.

Norman was simply giving voice to a rising tide of opinion that Key can’t be trusted to look after ordinary Kiwis’ interests.

Ah, say the apologists, but its not showing up in the polls, is it?

Take a look at the three rolling polls of polls in NZ. 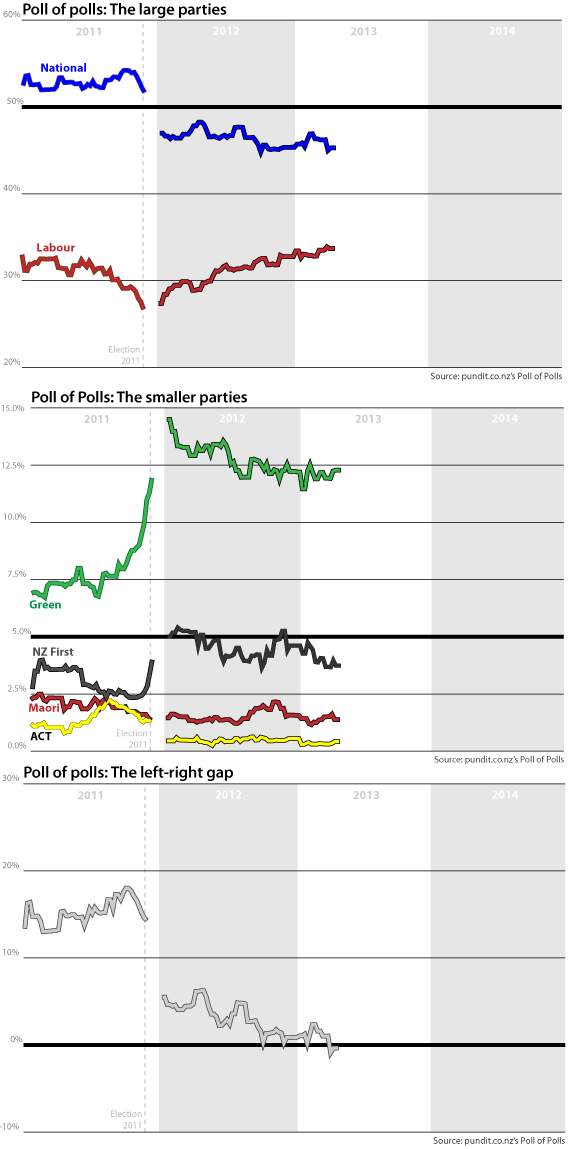 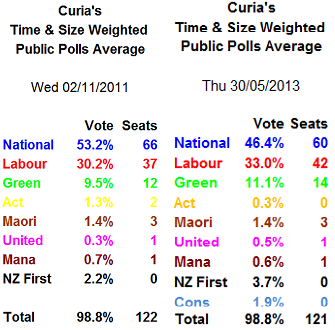 The gap is gone according to the Pundit and Dimpost polls of polls and National’s on a steady slide. But it’s that last one that is telling. That’s National’s pollster, David Farrar, saying that the gap between National and Labour+Greens has gone from 13.5% before the election (actual result: 9%) to 2.3% today.