John Key has taken a swing at Kiwi workers who have lost their jobs thanks to the bankers’ recession and his economic mis-management. Key claims people are choosing to be long-term beneficiaries “even though work is available to them”. But the jobs aren’t there and that has caused long-term unemployment to explode under his watch.

Stats breaks down unemployment (different from the number on the dole, remember) by how long the person has been looking for work. 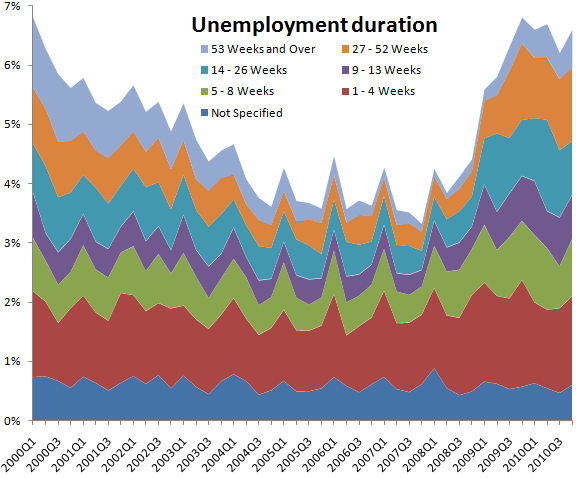 As you can see, there’s a sort of unavoidable low level of unemployment, about 3%, from the churn of jobs being created and destroyed, people joining and leaving the workforce, seasonal work. It’s the longer-term unemployment – 26 weeks or more – that’s really interesting. 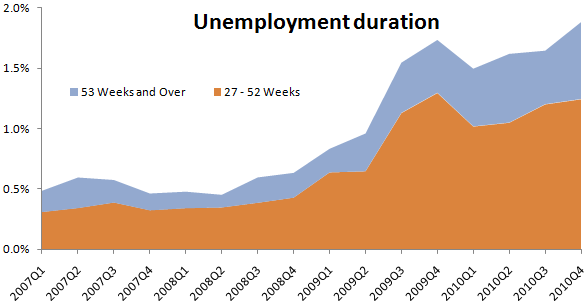 It’s self-evident that people aren’t choosing long-term unemployment. If they were, it would have always been high, not just have suddenly shot up like that. Long-term unemployment is rising because the National government is letting it. And, now, they want to punish the victims of their neglectful governance.

Rather than letting tens of thousands of people rot in long-term unemployment and then attacking them for it, any government worthy of office should be investing in real job creation – it would save the government money and give opportunity to Kiwi families who find themselves mired in poverty through no fault of their own.