Kiwis Stand Up To Corporate Bully Social media shoop calling for a boycott of Cotton On

UPDATE: Following a sustained Kiwi public backlash against it, Cotton On has now – apparently – backed down in its attempt to force staff at its Auckland distribution centre to negotiate whether or not or when they can have rest and meal breaks. First Union has been negotiating the collective agreement for staff with Cotton On since July last year. The company had previously agreed existing conditions would remain but suddenly abandoned that position to propose that staff rest and meal breaks  be “in accordance with the ERA”.  This post was written before Cotton On responded to the resulting torrent of objections from Kiwis. Accordingly, some details in the post have been superseded but other related and important points about Cotton On remain valid.

The shoops are flying as more and more New Zealand customers of Australian corporate bully “Cotton On” are standing up and saying “enough is enough” in response to the company being the first to exploit the National Ltd™ Cult of John Key’s imposition of “flexibility” into the labour market.

The push-back, which is gathering social media momentum ,  stems from recent moves by Cotton On to enforce an unworkable code of behaviour on its staff and play silly buggers in its negotiations with the union representing workers at its Auckland distribution centre. Cotton On is attempting to prevent the Auckland staff from taking adequate rest and meal breaks while also demanding, according to a document leaked to media, that all its workers demonstrate that they are having fun in a family-like environment. Failure to display the required level of “fun, entrepreneurial, keeping it real, family, ethical, engaged” behaviour will, Cotton On threatened, result in instant dismissal or other disciplinary action.

Cotton On is taking advantage of the new business environment heralded into New Zealand by the National Ltd™ Cult of John Key in October last year. In a burst of pent-up ideology-driven vandalism, all manner of protections for New Zealand workers and every objective of the Employment Relations Act 2000 were trashed. It was the National Ltd™ Cult of John Key’s first piece of legislation passed after the 2014 election and came into force this month.  According to John Key, the new laws would support small New Zealand businesses yet, bang on schedule, the first company to put the boot into its workers was large Australian conglomerate Cotton On.

Acting on instructions from its head office, Cotton On first demanded that staff start showing they were having “fun” working for the company and then promptly reneged on already negotiated and agreed arrangements concerning rest and meal breaks. Without discussion, or notice, Cotton On’s Australian human resources staff simply drew a line through the agreed points, replacing them with a short statement declaring its intent that all rest and meal breaks would be observed and paid as per the Employment Relations Act.

Cotton On’s act of provocation is matched in its cynicism only by the company’s contempt for the negotiation process. As well as going back on its word, Cotton On simultaneously may also have breached the newly amended sections 4 and 32 of the ERA which relate to participants acting with goodwill, and not undermining the bargaining process and/or the agents involved.

Last Friday, just half and hour before workers at the company’s distribution centre were to meet with their union, First Union, to discuss the negotiations Cotton On management called a staff meeting. Robert Reid from First Union says management told staff that the union was a waste of money, that the union would best be replaced with an in-house committee, and then encouraged the workers to leave the union and receive an immediate pay-rise. Watch this space as First Union seriously considers taking Cotton On to the Employment Relations Authority in what may be the first test of the goodwill provisions. 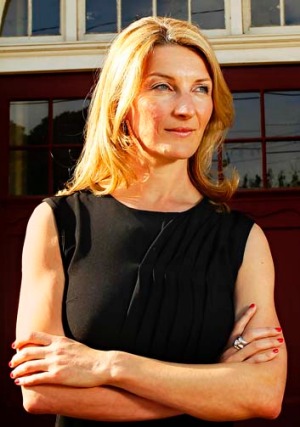 Cotton On’s General Manager, People and Culture, Dr Pippa Grange who is in charge of the company’s human resources functions.

Largely responsible for Cotton On’s bullying behaviour is the company’s recently appointed General Manager for People and Culture, Dr Pippa Grange. “People and Culture” is another term for the malignant and pernicious practise of “Human Resources Management” which, at Cotton On, is made all the more bizarre by the fact that Dr Pippa Grange is a well recognised “ethicist”.  What looks like might be some of her work is splattered all over the Cotton On’s website in typical Human Resources Management speak but with a tint of ethics  . . .

The Cotton On Group is focused on building an ethical, sustainable and profitable business and ensuring we have a positive impact on our people, the community, the planet and all those we connect with. It’s not only the right thing to do; it’s the best way to do business.

We’re the first to admit there is more to do and we continue to explore every opportunity to do business ethically and sustainably. It’s the only way we are going to ensure a better tomorrow for everyone we touch.

No matter what part of the business our people are in, or where in the world they are located, we want them to feel connected and valued as well as understanding the important role they play in the broader Cotton On Group story

Dr Pippa Grange has certainly done some good work in the past and perhaps her appointment does reflect a genuine intent by Cotton On to include ethical considerations within its business model at some stage. For a company which relies on slave labour  for production, has been convicted for mislabeling and selling highly flammable children’s pyjamas,  wallows in tax-payer funded corporate welfare,  profits from sexualising children,  and already has serious form for ripping off its local staff,  it would certainly be a welcome change. Then again, window dressing is an essential skill at Cotton On.

14 comments on “Kiwis Stand Up To Corporate Bully ”