UK Police have identified the two Russian spies they claim attempted to murder Sergei Skripal and poisoned several others.

Police say the two men used Russian passports under the names of Alexander Petrov and Ruslan Boshirov and arrived in the UK on an Aeroflot flight shortly before the attack.

The men have been charged were various offences related to the use of the nerve agent, including conspiracy to murder the Skripals and policeman Nick Bailey, who fell ill after going to the Skripal home after the poisoned Russian pair were found unconscious on a bench in Salisbury.

UK PM, Theresa May, told the House of Commons on Wednesday (UK time) that the two men had been identified as officers from Russia’s military intelligence agency, the GRU.

The police have provided a clear time line from the arrival of the two men in the UK to their departure from Heathrow back to Moscow. CCTV footage shows them travelling from London to Salisbury and back. The nerve agent Novichok was administered to the door handle of the Skripal home via a modified perfume bottle.

The discarded bottle was later found by locals Dawn Sturgess and Charlie Rowley and both were also poisoned, Sturgess dying. However, no charges have yet been laid regarding that situation.

The Kremlin is denying knowledge of the two spies, who presumably used false names (though they used genuine passports).

The difficulty facing the UK Government is that there is little they can do to bring the killers to justice. As we learned here in NZ after the Rainbow Warrior terrorist attack, when a powerful sovereign Government refuses to play ball, the outcome is a stalemate.

The two spies will disappear, either figuratively or literally. Britain will huff and puff and Putin will say nothing, presumably smiling enigmatically while stroking a white cat.

Still, there is one curious upside to all this. It’s proved the worth of the tens of thousands of CCTV cameras in Britain. They’re the most surveilled country on earth, which has turned out to be rather useful in this case. 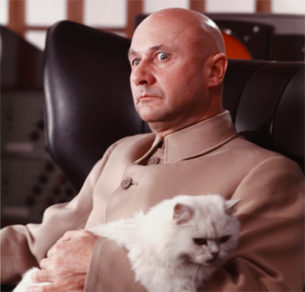