Jordan Carter’s just posted a photo of what looks like nine EFA protesters having their say outside the Labour Party Congress on the weekend.

Looks like there are two journalists and a cameraman in the shot too so if my maths is right that’s a grand total of six genuine protesters. Nice work John. 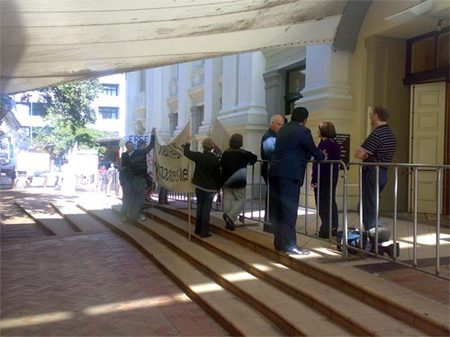