Labour leaders face a problem across the world. Ed Miliband, David Shearer (and Phil Goff previously) and Julia Gillard all seem to be unable to create a lasting and inspiring approach to engages volunteers, activists and voters in a vision. Len Brown had it- his vision for the city in the campaign was interesting, engaging and genuinely inspiring. He has lost it now.

The leaders mentioned have no obvious sense of vision or values to take their respective countries (or cities) in to the future. They are marked by poor polling and an electorate that is not warming to them.

Or at the root no communications strategy or narrative.

I’ll focus on NZ Labour’s communications “strategy” (or rather lack thereof). I think David Shearer is being let down by an inept communications team and by useless advisors. We really have to stop assuming that because someone is a journalist they get campaign and political communications. There is more to it than boozy lunches with Duncan Garner. 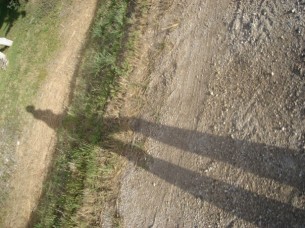 This post argues that Labour must better define itself, what it stands for and where it wants to take New Zealand: its narrative. The lack of a coherent and consistent narrative, the inadequate management of the parties communications, the need to comment on all in sundry and the fact if you were to compare two press releases you wouldn’t know they were from the same party all contribute to my exasperation, as a party activist, at Labour and the “direction” it is heading.

Importantly, a narrative need not be new. But the lack of a narrative or a coherent and systematic message and communications plan that is encompassed by a vision is a leading factor in Ed Miliband is going nowhere and Gillard looks set to lose. The same problems are starting to follow Shearer and sank Goff.

In his book Looking for the Light on the Hill: Modern Labor’s challenges, Troy Bramston uses polling to analyse what he calls the identity crisis of the ALP.

I think this is equally applicable to NZ Labour.

The polling showed many of its core values were not even identified with the ALP brand: Labour in fact tied with the Coalition in the values of social justice, fairness and compassion and fell behind them on opportunity and bold, dynamic and innovative leadership.

The readers of this blog will no doubt know that Labour in NZ stands for these things: but how well do we communicate it?

In his Leadership stump speech Grant Robertson said that he feared politics was increasingly becoming something that people have done to them rather than something they are part of.

Politics is this way because we don’t have a narrative.

Many readers will be familiar with American politics. Think what you will about America, but it does narrative and communications exceptionally well.

Take Obama’s 2008 campaign: America believes it is the blessed nation that its history and politics are part of a journey that plays out within a higher purpose. Any West Wing addicts reading this will know what I’m talking about. It is though this self-conception that the US has defined itself within a narrative of journey, and the elusive ‘tomorrow’.

Obama’s campaign wasn’t about the 24 hour new cycle, beltway point scoring or needing to comment on everything. It was about journey- his journey as the American journey (he lost it once elected and Ron Suskind in “Confidence Men” has a great exposition on why this was).

New Zealand Labour is failing to communicate effectively with New Zealanders because it is doing exactly what Obama didn’t and lacking what he did. Labour has not articulated a vision as to the New Zealand it wants for a very, very long time, shows no sense of whom New Zealanders are and no narrative about how to get New Zealanders there.

Whilst we are not expecting Obamaesque rhetoric. As an activist I expect to be inspired, to know what we stand for and what we are working towards.

Our voters don’t really mind what percentage of capital gains tax is applied or who much we will be borrowing in 2015. These things are important: but they don’t win elections in and of themselves.

Only a strong narrative can do that. Everything else is important: but only insofar as it contributes to the sense people have of you. Policies are important. But you can’t replace a narrative with lists of policies.

What makes Len Brown’s stance on the port so unpalatable is that he showed that he didn’t get people lives and the trials we face. Modern New Zealand society is marked by casual Labour force working more and more hours for less hourly pay. It’s marked by increasing division and increasing strain on families.

For New Zealanders, I doubt their sense of Labour is in these terms or positive for that matter. It’s a challenge requiring strictest message discipline, lofty statements and intentions and most importantly a vision.

David, Julia and Ed what’s yours?