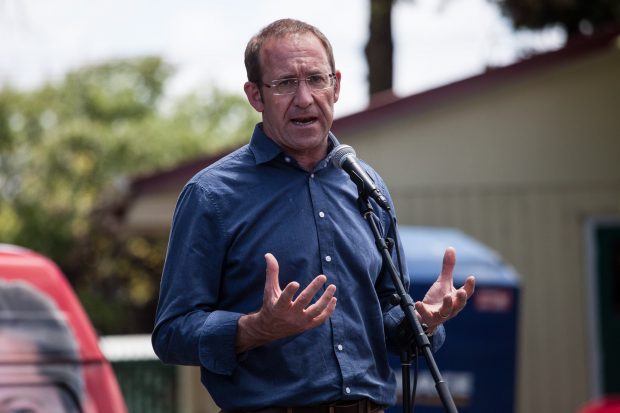 This weekend, I’ve been out knocking on doors in Mt Roskill, supporting Michael Wood, and talking to Kiwis about the issues that matter to them. As you go around and talk to people, the achievements of earlier Labour Governments are all around you.

Today is the 81st anniversary of the election of the First Labour Government and 17 years since the Fifth Labour Government won. The contributions they made to creating the New Zealand we know can be seen everywhere, as can the damage National is doing.

There’s the state houses, first built under Michael Joseph Savage, which have provided decent, affordable homes for generations of New Zealanders. Labour has always believed a good place to live is a basic human right and making sure people have it is one of a government’s first duties. It’s sad, then, to see so many state houses vacant, like the one in Kallu Cres that National has left sitting empty for six months in the middle of a housing crisis.

There’s Mt Roskill Grammar, opened soon after Peter Fraser made secondary school education free for everyone, but which now charges $180 a year in ‘donations’ because it’s so underfunded. You meet young people studying at the University who can only afford it because Labour took the interest off student loans, although it’s getting harder as Natural ramps up fees.

There’s Three Kings Medical Centre, a participant in the Very Low Cost Access scheme introduced under Helen Clark to keep GP fees down in low-income areas, itself building on the GP subsidies introduced by the First Labour Government. Because of that scheme, it charges nothing for kids and $18 for adults. But underfunding is forcing fees up at other clinics; half a million Kiwis couldn’t afford to go to the doctor last year.

You meet families who can make ends meet, or do that bit extra for the kids, because the Fifth Labour Government brought in Working for Families. And people looking forward to a break over Christmas thanks to the annual leave the First Labour Government introduced.

In many ways, Labour built this country as we know it. We built it on Kiwi values of a fair shot and a fair share for all.

As we mark the anniversaries of the First and Fifth Labour Governments, their legacy is the opportunity for people to live the Kiwi dream. It’s a legacy that eight years of National has eroded but it’s one that the Sixth Labour Government I lead will build upon, and take further than ever before.

We’ll give people a chance to own their own place by building 100,000 affordable homes for people to buy along with thousands more state houses. We’ll make three years of post-school education and training free, and subsidise apprenticeships. We’ll tackle school donations and boost funding. We’ll reverse National’s health cuts and improve services. We’ll support local jobs by buying Kiwi-made and give unemployed young people work improving the environment. We’ll make our communities safer with 1,000 more police. And we’ll have money left over to pay down Key’s record debt because we won’t resort to a desperate $3 billion election year tax bribe.

That’s how we can build a better New Zealand on the foundation laid by past Labour Governments.