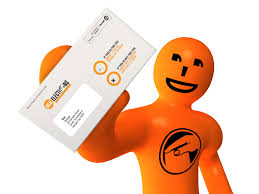 Sorry for the repeated reminders but this is important.

Today is realistically the last day for people to record their vote in the 2013 local body elections.  If they are keen they can deliver their votes to various local collection points which in Auckland includes libraries during the next couple of days but they should send them in today to be safe.

There is much at stake.  For instance in Auckland the left right balance on Council is close and the loss of a few council battles could spell the difference between retaining our assets and having a living wage and a compact city and a first world transport system or watching our assets being sold, having a Council that refuses to do anything for our poorest paid, and watching Auckland sprawl and seeing everyone sit in their cars and wonder about what happened to their quality of life.

The Mayoral race in Auckland appears to be a foregone conclusion and this is probably the primary reason for the reduced turnout.  Despite the Herald’s attempt to talk up the race and to create the mowing of strips of grass as a significant issue this time round the Len v Banks type battle is not present and public enthusiasm is lower.

But the Mayor only has one vote and the Council contests are important.  There are a few that will be fascinating, out west progressive Christine Rose is against Linda Cooper who is somehow both not aligned and number 73 on National’s list.  In Whau Ross Clow has a good chance of unseating former C&R candidate Noleen Raffles.  In Maungakiekie Richard Northey is up against a well resourced campaign by C&R’s Denise Krum.  In Albert-Eden-Roskill the wonderful Cathy Casey will hopefully hold off Nigel Turnbull.  In Manukau Ava Faamoe would make a wonderful replacement for former National MP Arthur Anae.  There are a number of fascinating and important battles for positions.

Throughout the rest of the country the issues will be similar.  In each community there will be a battle between those who want to cut public funding to the core and those who want to spread the love around, in the realisation that a little rates expenditure can achieve a great deal of public good.

I have seen this time and time again.  With a little bit of investment in community great things can be achieved.  Local Government is capable of achieving a great deal of good with a minimal budget in a way that Central Government or the market are unable to.

I recall reading a transformative post by Chris Trotter many years ago when he said that Community was the new left.  Instead of the battle being between workers and employers he said that the new battle would be between those of us who believed a community orientated collective approach that believes in the preservation of our environment will be the alternative to the neoliberal maximise the wealth of the already wealthy few approach of the right.

This local Government election in particular provides the opportunity for lefties and progressives to make a stand.