Hudson was promoting his new book “Killing the Host,” on how financial parasites and debt bondage is destroying the civilised world.

The following is my interpretation of a few things that Hudson said to Max Keiser during episode 910 of the Keiser Report: 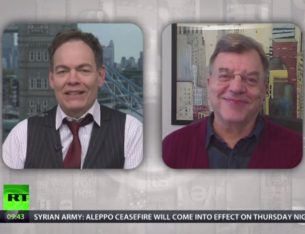 Hudson worked for Chase Manhattan Bank (these days part of JP Morgan) in the late 1960s and helped do work for the US government in developing the financial rationale for tax havens.

The US Government of the day was facing a severe balance of payments crisis, partly due to needing to pay for the Vietnam War. Michael Hudson, as an employee of Chase Manhattan Bank, was asked how much money the US could get flowing in from cash rich international criminal enterprises, in order to fix this balance of payments hole.

I presume this meant everything from gunrunners to drug cartels to prostitution and human trafficking.

The US also eliminated the witholding tax on US Treasuries to further incentivise cashed up criminal enterprises to invest in (i.e. lend to) the US government. Essentially, the US wanted to replace Switzerland as the place where criminal enterprises stashed their large cash takings.

Also while at Chase Manhattan, one of the clients Hudson serviced was Standard Oil. A Standard Oil executive carefully explained to a young Hudson how from his New York Standard Oil office, the executive could decide with a stroke of a pen where exactly in the world Standard Oil would make its profits for the coming year and where it would make its losses, in order to get the best tax result for the shareholders.

This is where Panama becomes relevant.

Panama was originally used by the oil industry and mining industry in the 1920s to set up their system of “flags of convenience.” In other words, Panama was set up as the location where these huge companies decided to attribute their worldwide profits to, via their “shipping affiliates” and other associated companies.

In this complex system, various oil corporations’ massive capital investment in deep sea drilling rigs and gigantic oil refineries are all financially designed to provide the parent corporations with zero return on investment. Hudson says that the gargantuan and very expensive infrastructure end up run as charities which s 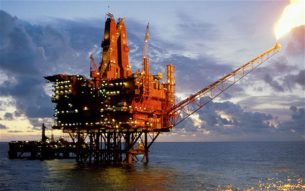 ubsidise the very profitable operation of the international (i.e. tax haven based) shipping and sales affiliates of the parent corporation.

Another great aspect of Panama to these corporations it is no more than an extension of the the US financial system. Back in 1967, for reasons already discussed, the US government convinced major US banks to open branches there. This meant that a US corporate could deposit money into a Panamanian branch of a big US bank, pay whatever taxes Panama required on those monies (none), and then access the funds straight away via a New York City branch of the same bank.

I would not be surprised if physical money and checks could be deposited into the New York premises of such a bank. The bank teller would simply credit the deposit to an account ostensibly held by the Panamanian branch of the bank. Which might potentially be nothing more than an office cubicle in Panama City with a name plaque, desk and fax machine inside. 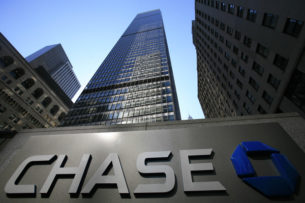 The money would never actually leave the US, although it would appear as a current account flow.

Hudson says that many other industries have now adopted the efficient tax operations pioneered by the oil and mining industries.

To be clear, the activity carried out is that of laundering earnings, not of laundering money. Hudson differentiates between the two. In laundering money, the true owners of the money attempt to conceal how the money was obtained, where the money came from, and who it belongs to. A system which Hudson refers to as a “Veil of Tiers” (i.e. a complex hierarchy of shell organisations) is used to obscure these details.

In contrast, when laundering earnings, corporations like Apple are completely upfront about where the money came from, who it belongs to, who the directors of the company are and who the shareholders are.

The aim therefore is not to obscure any of those details, the aim is simply to minimise the tax those monies are subject to by making it look like the profits are legitimately made in Panama. (Or in Ireland, as is the case with Apple, Microsoft, Pfizer and Google).

In my view, and in this context, the fact that Key turned NZ into an international tax haven is partially irrelevant. In contrast, why he did it is everything.